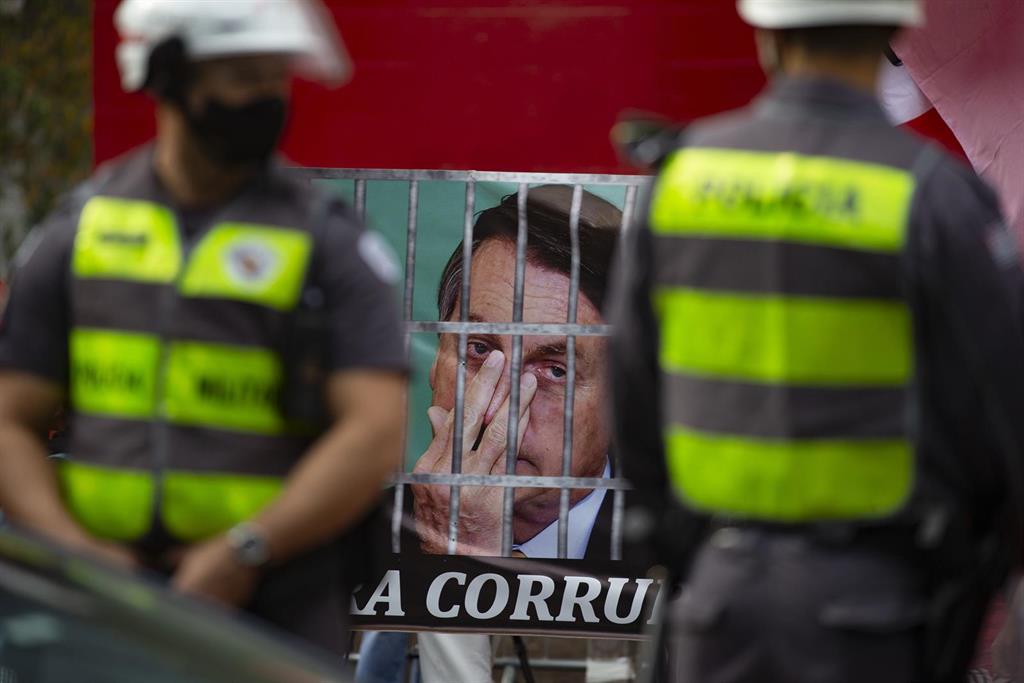 Andrea Siqueira Valle, ex-sister-in-law of the president of Brazil, Jair Bolsonaro, has assured that his brother, André Siqueira Valle, was fired by the president when he was a federal deputy (1991-2018) after he did not want to give him part of his salary, the known as ‘rachadinhas’, a plot in which advisers irregularly give part of their public salary to their superiors.

Siqueira Valle’s accusations are part of a series of audios published by the UOL portal, in which he mentions Fabrício Queiroz, a former adviser to Flávio Bolsonaro, who is being investigated for this corruption scheme within the Legislative Assembly of Rio de Janeiro between 2003 and 2019.

The Prosecutor’s Office has denounced that Flávio would have used at least 2.7 million reais (410,000 euros) in cash in the plot of the ‘rachadinhas’, in which the advisers appointed by the son of the Brazilian president returned part of his salary to Queiroz , considered the operator of the organization.

The Siqueira Valleys are brothers of Ana Cristina, Bolsonaro’s second wife. Andrea was an advisor to the Brazilian president in the Chamber of Deputies between September 1998 and November 2006 and later worked for Carlos Bolsonaro and Flávio Bolsonaro in the Rio de Janeiro Assembly.

In André’s case, recalls the newspaper ‘O Globo’, he spent a little less than a year in Bolsonaro’s office between 2006 and 2007, although he had previously worked as an advisor to one of the president’s sons, Carlos between 2001 and 2005, and later between February and November 2006.

“It is not a small thing that I know, no. There are many things with which I can ruin the lives of Flávio, Jair and Cristina. You know? That is why they are afraid and tell me to keep quiet. That is all” , he assures.

The case of the ‘rachadinhas’ had a new episode in the middle of last year, when the Rio de Janeiro Prosecutor’s Office filed a complaint against Flávio Bolsonaro, who is considered the leader of the plot, for crimes of embezzlement and money laundering.

The figure of Queiroz takes on special relevance due to his closeness to the Bolsonaro patriarch, with whom he shares his taste for fishing, as the Brazilian press tells. In addition to going to catch fish, both have also maintained a series of transfers, the reasons for which the president has not yet clarified.

Questioned about the origin of that money, the Brazilian president starred in one of his usual outbursts in August last year, threatening the journalist who asked him the question with “filling his mouth with punches,” but not before calling him a “bastard.” .

At first, Bolsonaro alleged shortly after assuming the Head of State in December 2018 that it was a series of transfers of 24,000 and 40,000 reais (3,600 and 6,000 euros) of a debt that Queiroz had with him, after the former military police were being investigated.

However, after the bank secrecy against Queiroz was lifted during this latest investigation, it was discovered that the transferred amounts amounted to 89,000 reais (13,500 euros).

Bolsonaro has never presented proof of these transactions between him and Queiroz and questioned about it in December 2019 by a journalist, the Brazilian president replied: “Ask your mother if the receipt that she gave your father is correct.”