UK: Restrictions will be lifted despite spike in morbidity 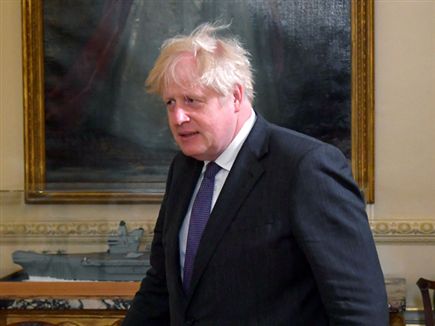 In the shadow of the increase in morbidity: British Prime Minister Boris Johnson announced yesterday (Monday) that in two weeks all the laws and restrictions of the Corona in Britain will be removed – ahead of the United Kingdom’s return to full routine. Johnson’s remarks come against the backdrop of the spread of variant Delta across the country and a steady increase in the number of positive for the virus each day. Johnson’s remarks yesterday have already drawn widespread criticism, and there is now a lively debate over whether this is the right decision at the right time.

Johnson did not ignore the worrying corona data but made it clear: “We must learn to live alongside the corona.” In the shadow of criticism of the expected move, Johnson presented data indicating that on July 19, known as “Freedom Day”, there are expected to be around 50,000 new verified people in the UK every day. Despite this, he explained through a series of invested graphs that unlike previous peaks and past morbidity peaks, this time the Delta variant is different and no longer translated in a similar way to severe morbidity and mortality.

The UK Prime Minister is convinced that the contagious virus across the UK these days presents a much lower risk and is not expected to harm the health system severely. Johnson reiterated his position: the disease becomes over time one that can be lived by. There is no longer a danger of systems crashing, there is not much serious illness and deaths. If we do not do it now, we will not be able to do it in the future either.

As part of Johnson’s announcement last night, on July 19, all laws to prevent the outbreak of the corona virus will be repealed. Among the laws that will be abolished are the obligation to wear masks indoors, the law of social distance, the obligation to work from home for many and thus the return to full activity of many of the businesses in the country will also be allowed. Such a routine has not been seen in the UK since the days before the outbreak of the virus.

“When we get to the fourth stage we have to take the risks into account,” Johnson said. “The risk of the disease, which the vaccines have reduced, is still far from disappearing, and the risk of further restrictions, which inevitably charge the price they charge for people’s lives. We must be honest with ourselves, and if we can not reopen our society in the coming weeks, when Can we ever get back to routine? “, He added at the special press conference he convened.

Following this, there is a lot of criticism in the UK, and some claim that Johnson is taking this step too soon, and that he did not wait long enough to get full data on the subject. Various bodies in the kingdom call on him to continue the obligation to wear the mask on public transport, and Johnson said: “Personally I will continue to wear a mask on public transport, but if a person sits alone in a caravan he can exercise discretion and be without a mask.”