Explosive drone shot down aimed at the US embassy in Baghdad 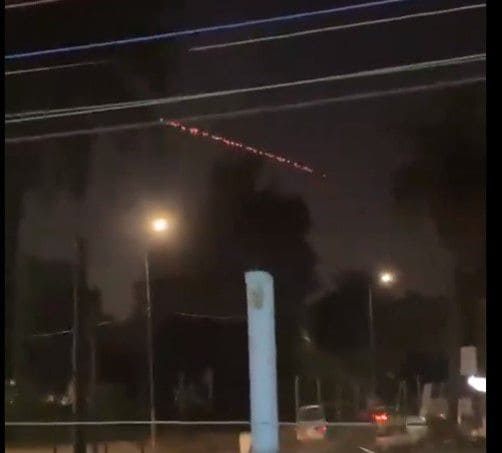 The US military shot down an armed drone headed for the US embassy in Baghdad on Monday night. Iraqi security officials announced this. Láttaco with the drone follows a few hours later a missile raid that tried to hit a base that housed US soldiers in western Iraq. American defense systems used surface-to-air missiles to counter and shoot down the drone, according to AFP journalists.

Already 47 attacks on the United States in 2021

Since the beginning of the year, there have been 47 attacks targeting US interests in Iraq, where 2,500 US troops are deployed as part of an international coalition. Six attacks were carried out with explosive drones, a weapon that creates several problems for the coalition as armed drones can evade air defenses quite easily.

In April, a drone loaded with explosives hit the coalition headquarters in Iraq in the military part of the airport of Arbil, the Kurdish regional capital of Iraq. The following month, another explosive drone struck the Ain Al-Asad airbase which was home to US troops. On 9 June, three explosives-laden drones targeted Baghdad airport, where US soldiers are also deployed. One of them had been intercepted by the Iraqi army.

Concerned about new drone strikes, the United States recently offered up to $ 3 million to anyone providing information on attacks targeting US targets in Iraq. Three rockets also targeted an Iraqi airbase in the western desert that was also home to US troops on Monday, the international anti-jihadist coalition said. The attack targeted the Ain al-Assad base without causing casualties.