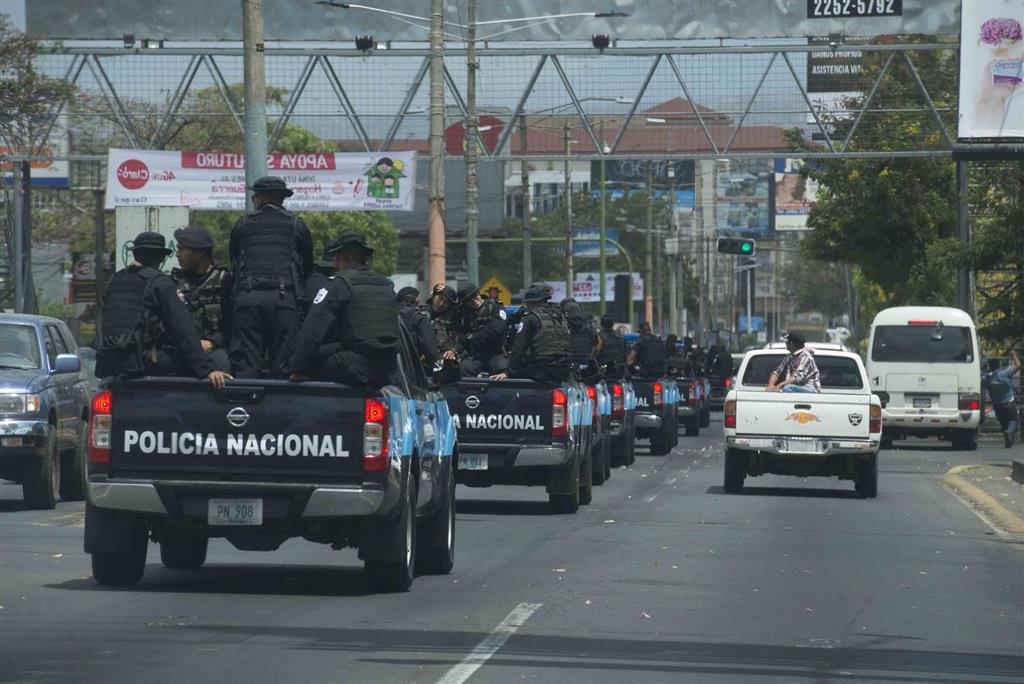 The Nicaraguan Police confirmed this Tuesday the arrest of the candidate, Félix Maradiaga, shortly after he appeared before the Prosecutor’s Office as part of an investigation against him “for acts that undermine the independence of the people,” which makes him the third opponent with presidential aspirations arrested in recent days.

Before being arrested, Maradiaga has been interrogated for three hours by the Prosecutor’s Office since he is being investigated for financing and intellectual authorship of the alleged coup d’état that would have been attempted to be carried out through the anti-government demonstrations that took place in 2018.

In turn, he is also being investigated for his activities at the Institute for Strategic Studies and Public Policy (Ieep), which has been dissolved since December of that same year, reports the Nicaraguan newspaper ‘La Prensa’.

A pre-candidate for the Blue and White National Unity (UNAB) coalition, Madariaga explained at his exit from the hearing that the accusations are “a sum of several things” and said that the questions from the Prosecutor’s Office had a special impact on his “international activism” in organizations such as the Organization of American States (OAS), or the United Nations Security Council, as well as the reasons for their trips abroad.

After confirming his arrest, his campaign team, through a statement issued on social networks, has demanded his release and has rejected the accusations that the Nicaraguan authorities have launched against him.

Thus, he has denounced the lack of independence of the Prosecutor’s Office, “a political instrument of the regime” of the president, Daniel Ortega, “whose objective is to prevent free and transparent elections in November.”

“Félix Maradiaga has worked to strengthen democracy and defend Human Rights. This he has done in strict adherence to the principles of non-violence, ethical coherence and love for Nicaragua,” reads a text in which the campaign is denounced. “injurious” that since 2018 has been done against him.

In addition to Maradiaga, his driver Miguel Lumbi Hondoy and his lawyer Roger Reyes have also been arrested, although the latter has subsequently been released, while Maradiaga and Lumbi are “disappeared”, according to the UNAB press department. , picks up the Nicaraguan medium ‘La Prensa’.

After his release, Reyes reported that the truck in which the opponent was traveling was detained half a kilometer from the Prosecutor’s Office by police officers, who, according to his account, lowered Maradiaga “by blows” from the vehicle.

“Especially in light of the serious physical abuse he has suffered in the past at the hands of the regime’s security forces and the risk that he will be subjected to further torture, we demand that the Government immediately provide proof that Felix is ​​alive and well. that you be transferred to a hospital where you can access family members and lawyers, “the training has demanded.

“MY HANDS ARE CLEAN”

Through Maradiaga’s Twitter profile, his team has shared a video that he recorded before he was arrested and after his departure from the Prosecutor’s Office.

“If you are watching this video it is because I was detained by the Ortega regime. As I have mentioned at all times, my hands are clean, my conscience is clear, just like the more than 130 political prisoners who resist from the dungeons simply for thinking different “, he said in the video, in which he appealed” not to fall into provocations from a regime that is “desperate” for “fear” of an electoral process and a “dictatorship that only knows how to use arms to impose its Will”.

The also opposition candidates Cristiana Chamorro and Arturo Cruz have been arrested in recent days, all of them, based on the Law of the Rights of the People. The first, daughter of former President Violeta Chamorro, is under house arrest for an alleged crime of money laundering.

“ORTEGA IS A DICTATOR”

In recent weeks, criticism of the Ortega government for what they consider to be a persecution against opposition politicians and the media has spread to the international level, with the United States and the European Union demanding the release of Chamorro and of the rest of “political prisoners” so that fair and free elections can be held.

Following Maradiaga’s arrest, the Acting Undersecretary for Western Hemisphere Affairs of the US State Department, Julie Chung, has referred to Ortega as “a dictator.”

“The arbitrary detention of presidential candidate Félix Maradiaga, the third opposition leader detained in 10 days, confirms without a doubt that Ortega is a dictator. The international community has no choice but to treat him as such,” Chung specifically wrote. on your Twitter profile.

This statement has been shared by the Secretary General of the OAS, Luis Almagro, who has insisted that “the policy of detention of opposition candidates leads Daniel Ortega’s regime to dictatorship.”

Almagro has thus asked, through the same social network, the international community “not to look the other way” in the face of these arrests.