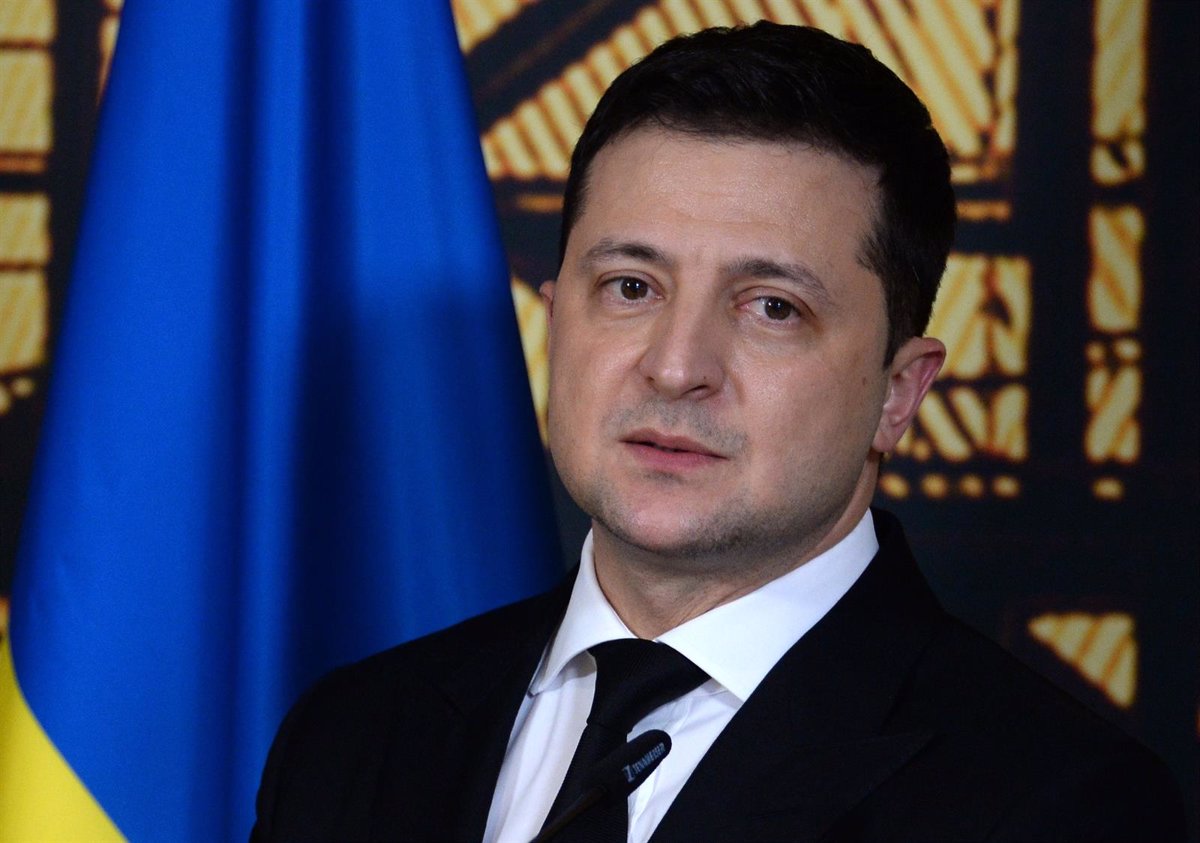 The President of Ukraine, Volodymyr Zelensky, has called for calm in the midst of an increase in tension with Russia due to the increase in Russian troops on the border denounced by the United States and NATO, before asking Washington not to incite “panic”. and to reduce the impact of the Russian military “escalation” in the face of alarming information that is having a negative impact on the national economy.

“We are not seeing a bigger escalation than before. It is true that the number of soldiers has increased but it is something that I talked about at the beginning of last year, when the Russian Federation carried out military exercises that led to a large increase in troops,” he said. declared the president in comments collected by Urkinform.

“It’s something psychological, I think Russia just wants people to believe that they are there,” he added before stressing to the foreign press the importance that the president of the United States, Joe Biden, hear the information about the situation in Ukraine directly of the.

“We are grateful for any support, but different information from different sources cannot confuse our state, because the economic panic begins”, the Ukrainian president has indicated, before reiterating that, although “there are no misunderstandings” with the president of the United States States, asks him to admit the Ukrainian president’s “deep knowledge” of what is happening in his country, “as (Biden) understands his.”

These comments coincide with Ukrainian sources to the US network CNN, who point to certain tensions in a previous conversation between Biden and Zelensky, where the Ukrainian president asked his US counterpart for restraint, convinced that the Russian invasion will begin in February. The White House has denied these frictions.

“The feeling conveyed by the media is that we have a war, that we have troops on the roads, that we have mobilization. What kind of tanks do we have in our streets? None. We do not need this panic,” the Ukrainian president declared during the conference , also collected by the Unian news agency.

Panic that, according to Zelensky, has resulted in a flight of capital estimated at 12,500 million dollars (about 11,000 million euros) due to “this alarming information”

“Our state cannot cope with such challenges. We are stabilizing our national currency from state reserves, so it is very costly for Ukraine, and this is a bit reckless information policy,” he said before estimating that An injection of between 4,000 and 5,000 million dollars (about 4,400 million euros) would be necessary to repair part of the impact of this leak.

Although Ukrainian Defense Minister Oleksiy Reznikov has acknowledged the existence of 130,000 troops on Ukraine’s borders, “for now there are no phenomena or actions of a military nature (by Russia) significantly different from what happened last spring. before Easter”. “The only difference in the military plan that we are closely following is the situation in Belarus,” Reznikov said.