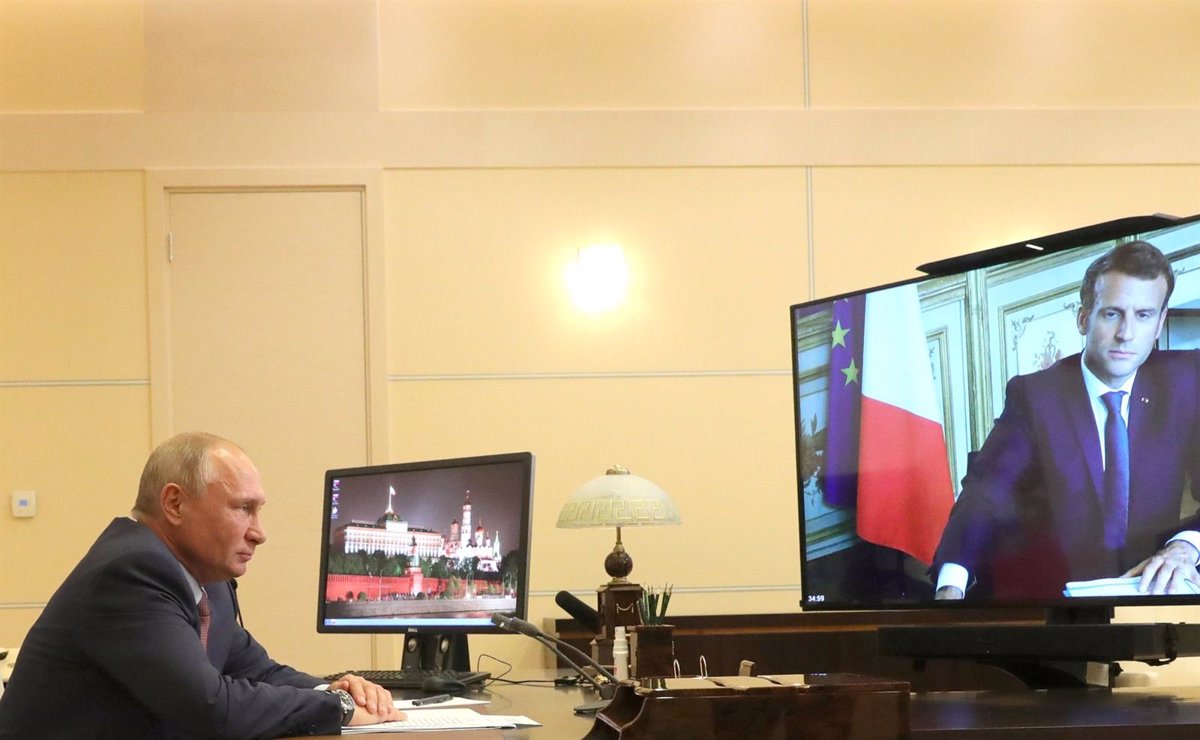 Russian President Vladimir Putin told his French counterpart, Emmanuel Macron, on Friday that Washington and NATO “have not taken into account” Moscow’s “concerns” in the documents delivered to dissuade him from carrying out a possible invasion of Ukraine, in full tension due to the situation on the border.

Putin and Macron have held a conversation in which they have addressed, among other issues, the tensions generated by the accumulation of Russian troops on the border with their neighboring country and, according to a statement released by the Kremlin, “the main issue” has been “the issue of providing Russia with long-term security guarantees.”

The Russian president has guaranteed his French counterpart that Moscow will “carefully study” the documents delivered by the United States and NATO to dissuade him from carrying out a potential invasion of Ukraine and, after this, “will decide on its future actions.”

At the same time, according to the Kremlin, it has stressed that “US and NATO responses have not taken into account Russia’s fundamental concerns”, such as “preventing NATO expansion, refusing to deploy weapons systems near its borders or return Europe’s military potential and infrastructure to the positions of 1997, the year in which the NATO-Russia Founding Act was signed”.

Putin has also told Macron that Washington and NATO have “ignored” the “key question”: “how the United States and its allies intend to follow the principle of indivisibility of security set out in the documents of the Organization for Security and Cooperation in Europe (OSCE) and Russia-NATO, which stipulates that no one should strengthen their security at the expense of the security of other countries”.

Referring to the situation in Ukraine, Putin has emphasized the “importance” of Kiev complying with the provisions set forth in the Minsk Agreements, mainly establishing a direct dialogue with Donetsk and Lugansk and “legalizing the special status” of Donbas, as reported by the Kremlin.

Likewise, Putin and Macron have agreed to “continue working” in the format of meetings of political advisers of the leading countries of the Normandy Quartet.

Both leaders have also exchanged opinions on the measures taken by both countries to combat the COVID-19 pandemic and on the French Presidency in the Council of Europe. Macron has informed the Russian president about Paris’s approaches in this regard and both have agreed to continue the dialogue on “the full range of issues” of European security.

Lastly, they addressed the state of talks around a nuclear agreement with Iran and some “practical aspects” of bilateral cooperation, including in the field of nuclear energy.