British boy convicted of murder: made an “alliance with the devil to win the lottery” 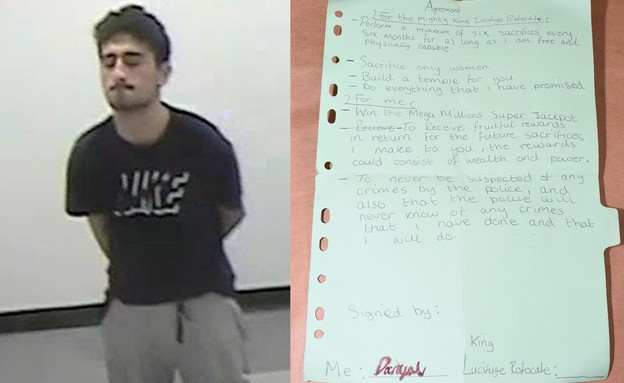 Britain’s 19-year-old Daniel Hussein was convicted today (Tuesday) of killing 46-year-old sisters Biba Henry and 27-year-old Nicole Smallman. The horrific murder took place at a festive party on the occasion of Henry’s birthday in a park in the Wembley area of ​​London about a year ago.

The investigation led to an unusual conclusion – the boy murdered the sisters following an “alliance with the devil”. He signed this alliance with his blood and pledged to murder six victims in six months “as long as I am free and physically capable of it.” If he meets the task, according to the “agreement”, he will win the lottery.

The agreement also reads: “I will only sacrifice women, I will build you a temple and I will do everything I promised. The reward can include wealth and power and that the police will never suspect any crimes I have committed or will do.” In the adolescent’s bedroom was also a second letter to the devil, promising similar “sacrifices” in exchange for better luck with the opposite sex.

According to police, Hussein did not plan in advance to kill Biba and Nicole, but murdered them following the same “alliance” he formed. The nurses celebrating a birthday were simply in the wrong place and at the wrong time.