Amazon: Bezos record, worth $ 211 billion after the Pentagon’s stop at Microsoft 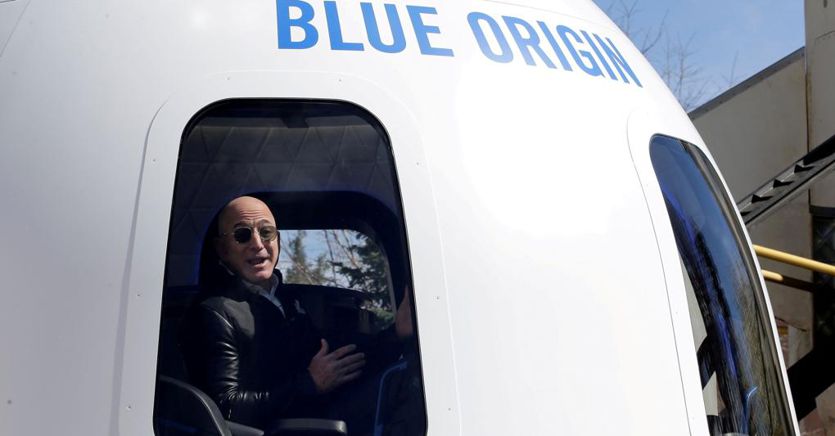 Jeff Bezos, the richest man in the world, achieved a record net worth of $ 211 billion after Amazon.com Inc.’s shares rose 4.7% following the Pentagon’s decision to cancel. the cloud computing contract with rival Microsoft. The rally increased Bezos’ fortune by $ 8.4 billion, according to the Bloomberg Billionaires Index, Bloomberg’s index of billionaires. Elon Musk follows him at a distance with his 180.8 billion. The bronze medal goes to Bernard Arnault with 168.5 billion, while Bill Gates is fourth with 147.4 billion.

The US Department of Defense canceled the $ 10 billion cloud maxi-contract awarded to Microsoft in 2019 and at the center of a long-standing dispute with Amazon. The Jedi (Joint Enterprise Defense Infrastructure) “no longer focuses our needs in light of the evolving requirements and progress of the industry,” the Pentagon announced surprisingly, in what is seen as a victory for the colossus of Jeff Bezos .

The clash between Amazon and Microsoft

In fact, Amazon had fought hard against the decision of the Defense Department to assign the maxi-order to Microsoft, considering the choice politically motivated given the dislike of the then President Donald Trump towards Amazon and Bezos. A theory that was only partially dismantled by the review of the race, from which it emerged that a complete assessment of a possible ethical misconduct could not be drawn up, given the limited collaboration of the White House in the examination.

“We respect and accept” the Pentagon’s decision “to take a different path,” Microsoft said, noting however how the initial choice had shown the Defense Department’s confidence in its technology.

The new perspective of the project

The cancellation of the maxi-contract does not definitively end the clash between the two Big Tech giants. The Pentagon has in fact announced that it intends to proceed with a “more sellers” project and intends to solicit proposals from a “limited number of sources”, or rather from “Microsoft and Amazon Web Services”, the only two companies able to meet the necessary requirements , and therefore could divide the contract.