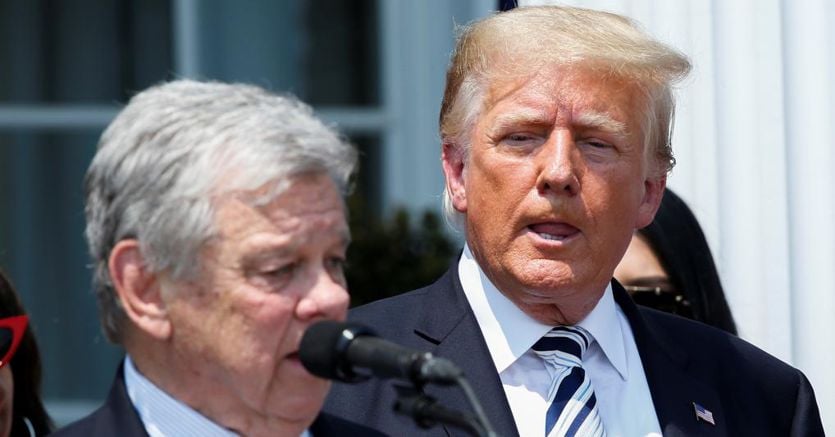 Former President Donald Trump has sued Facebook, Twitter, Alphabet, the Google holding company, and their executives, raising the stakes in his battle against the social media giants who banned him after his election defeat. During a press conference on Wednesday, all articulated on the defense of First Amendment rights, Trump explained the three separate lawsuits filed in the federal court in Florida against the tech giants and Mark Zuckerberg for Facebook, Jack Dorsey for Twitter and Sundar Pichai for Google.

Trump’s lawyers are demanding that the Tribunal restore the former president’s social media accounts, plus damages, to ensure that other users cannot be banned or reported by the tech giants. The legal team is led by John P. Coale, a lawyer involved in lawsuits against the large tobacco companies. “We will prove their responsibility,” Trump said at a press conference at his Trump National Golf Club Bedminster in New Jersey. “If they can do it to me, they can do it to anyone.”

Twitter permanently banned Trump in January for his role in stirring up the mob that attacked the United States Capitol on January 6 in an uprising to stop Electoral College vote counting for President Joe Biden. Facebook last month announced that Trump will be suspended from social media for at least two years, with the possibility of being reinstated in 2023 if the risk to public safety is lessened. YouTube, Google’s giant video service, likewise froze Trump’s account after the January 6 riot. The videos of the former president are still accessible, but he is not allowed to post new videos. Susan Wojcicki, YouTube’s chief executive, said the company will reverse its policy when it is proven that the “risk of violence has decreased,” without giving details.