Death toll from building collapse in Miami rises to 60 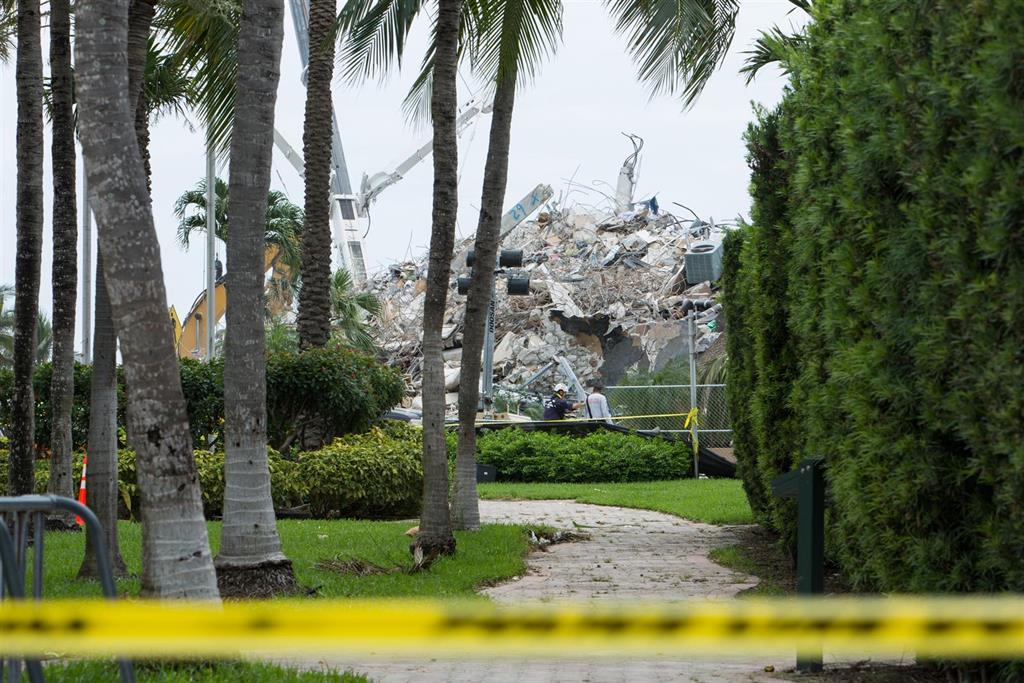 Authorities have raised the official death toll to 60 due to the collapse of a building in the town of Surfside, Florida, on June 24, after emergency services have already given up on locating survivors in the rubble of the twelve-story tower.

On Wednesday, a symbolic and emotional minute of silence paid tribute to the victims and marked the end of the search tasks as they were known until now, assuming that no more people will be found alive among the remains of a building that was completely demolished before the arrival of cyclone ‘Elsa’.

The mayor of Miami-Dade, Daniella Levine Cava, confirmed this Thursday at a press conference the discovery of more bodies, with which there are already 60 bodies recovered so far and, in principle, the balance will continue to increase. In this sense, it has encrypted 80 people who are still missing, according to the CNN chain.

The authorities have promised that they will continue working until all these disappeared are found, although they will do so without tracking dogs or listening devices, keys to detecting life. After the first hours after the collapse, the emergency services have not returned to locate survivors.

The governor of Florida, Ron DeSantis, applauded the work of the search teams on Wednesday in the face of a tragedy that, in his own words, “will leave a deep wound for a long time” in this US state, which this week has also been pending the possible damage that the storm ‘Elsa’ could cause.