ECB, “symmetrical” target of 2% for inflation 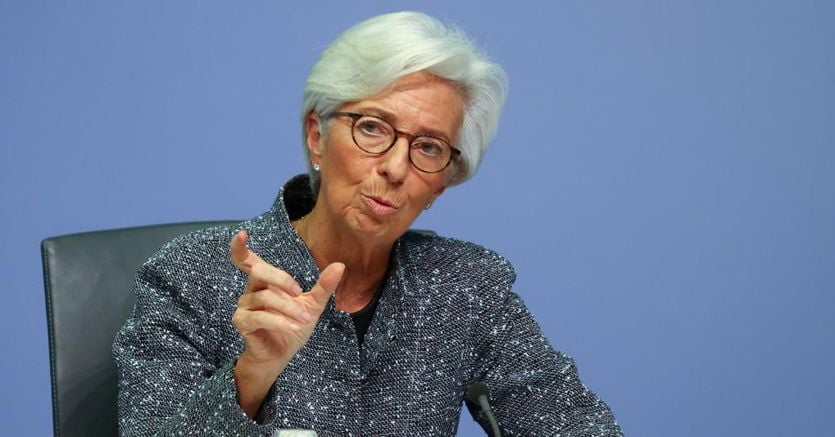 Change the objective of the European Central Bank. Eighteen years after the last revision, in 2003, the Frankfurt monetary authority unanimously decided that its target will no longer be a level of inflation “below but close to 2% in the medium term”. As of 22 July, the new target is “a symmetrical inflation target of 2% over the medium term”.

Symmetrical in the sense that “positive and negative deviations” from the goal are considered equally undesirable. Until now, however, inflation higher than 2% was certainly considered a more delicate situation, and to be tackled with greater determination than lower inflation. The consequence is important, explains the statement from the ECB; when inflation is too low for a long period, preventing these deviations from becoming structural, anchored, will require “a transitional period in which inflation is moderately above target”. The ECB, therefore, promises to be much more flexible, patient and tolerant than in the past.

The reference inflation index will continue to be the harmonized one calculated by Eurostat. However, the ECB believes that it is also important to include the costs related to owner-occupied housing in the index, to better represent the increase in relevant prices for households (the cost of investments is therefore excluded). The monetary authority therefore intends, until the harmonized indices are adjusted – a task that could take several years – to use other inflation measures that take these prices into account.

Quantitative easing also becomes a standard monetary policy tool, together with forward guidance and long-term liquidity auctions and of course interest rates, which remain the main and, so to speak, default tool. The diagnosis of the economy – which is based on the two pillars of economic analysis and monetary analysis – will increasingly take into account the risks that financial imbalances pose to price stability and will assess the conditions of the monetary policy transmission chain.

The communication of the ECB will also change and the current tools will be accompanied by “visual versions” to reach a wider audience. The next revision of the strategy has already been scheduled for 2025. In the meantime, however, the ECB has set itself the task of integrating in its strategy all the elements of climate change that could affect price stability.