Iranian report: A loud explosion is heard in northern Tehran 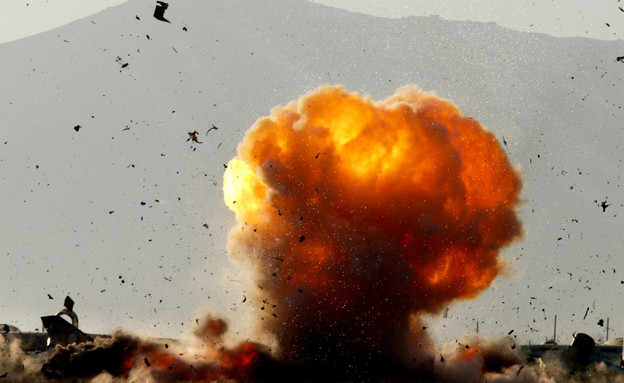 Many firefighters were called last night (Friday to Saturday) to Malt Park in northern Tehran after a loud explosion was heard in the area. State television then confirmed that it was a suspicious object that exploded in the park and that no one was hurt. Earlier on Friday, there were heavy disruptions to train traffic in Iran, apparently following a cyber attack in the country.

#Urgently An explosion in the west of the Iranian capital, Tehran #Iran pic.twitter.com/z4xbVvsWVx

The first to report the blast in Tehran was the semi-official Fares News network, and a fire department spokesman even said firefighters had been sent to the blast area. Shortly afterwards, the Iranian state television news anchor confirmed the report of the explosion and said there were no casualties. “An unfamiliar object exploded in the park and no one was hurt,” he said.

Heavy disruptions were recorded yesterday (Friday) in train traffic in Iran, apparently following a cyber attack in the country. The hackers even distributed the number of Supreme Leader Khamenei, under the heading “Information Center” on traffic disruptions.

At the train stations heavy delays were recorded and journeys of many lines were canceled. The ticket offices and the website of the Ministry of Transportation in Iran recorded congestion and “chaos unparalleled at train stations across the country.” This emerges from reports by the Iranian Broadcasting Authority.

A message on the electronic monitors at the platforms called for a call to the information center due to traffic disruptions, but in practice the number published was by the office of Iran’s Supreme Leader Ayatollah Ali Khamenei. This too is most likely an action of the hackers who carried out the cyber attack. Other electronic monitors at the stations displayed a message that read: “Many delays occur today due to cyber attacks.”

One of the companies responsible for the railways and train traffic in the country explained that technicians check the delays and disruptions in train traffic, and denied that many disruptions were recorded at the various stations.