Taxes and multinationals, from the G20 agreement on the minimum rate of 15% 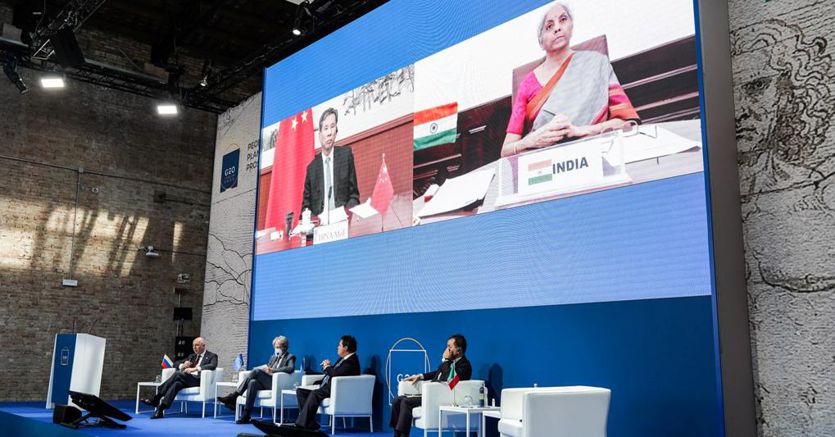 The goal is to have the new rules to combat tax dumping by 2023. Two years to implement a historic agreement, as the German Finance Minister, Olaf Scholz reiterated in Venice, a few hours before the final G20 communiqué of the ministers of the economy and central bankers. A “revolution”, according to the French Bruno Le Maire, with which the Venti Grandi implement the agreement reached on 1 July at the OECD on the minimum global tax of 15% on the income of multinationals and on the redistribution of the power to tax groups larger, starting with the giants of the web such as Google or Facebook.

Perhaps a decisive squeeze in the race to the bottom in tax competition and in the search for the country where you pay less taxes. A race, underlined the secretary to the US Treasury, Janet Yellen, which “has stolen all of us the resources we need to invest in our populations, our workforce and our infrastructure”.

After the OK given by the G20 to the Italian presidency, the technical details remain to be defined by October. Above all, it remains to be persuaded the small group of countries involved in the OECD negotiations that are still putting their feet up (7 out of 139). Among them are Ireland, Estonia and Hungary. A grain for Brussels, but Le Maire is convinced: at this point “there is no turning back”. “I hope that the countries that have so far decided not to join the agreement will change their minds,” said the Minister of Economy, Daniele Franco.

The United States will also have their homework to do. The White House, engaged in a difficult game on the home front to reform its tax authorities, must win the support of Congress. Washington sees the 15% tax rate as a starting point. Paris and Berlin also continue to push for a higher threshold.

The global minimum tax, which according to the OECD could generate 150 billion euros a year in revenue, is only one of the two pillars of the agreement. The other involves the redistribution of the power to tax the profits of about 100 multinationals with turnover over 20 billion dollars, in order to move the levy to countries where large groups make collections. The OECD agreement speaks of a 20-30% share of profitability that exceeds a threshold of 10%. Currently, the Winds are at the lowest value of the fork (20%). Once again, Paris is pushing to raise the bar: “I think the best solution is 25%,” said Le Maire. The giants of the web are mainly in the sights. The OECD estimates that this mechanism could redistribute the tax levy on about 100 billion euros per year.