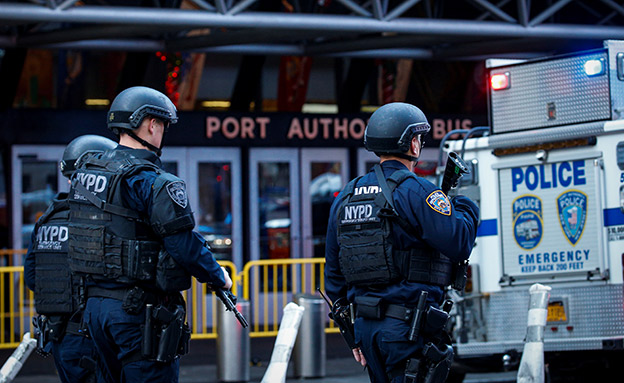 Four Iranians are accused of trying to kidnap an American journalist and transfer her to Iran, the US Department of Justice announced tonight (Tuesday-Wednesday). And in Britain – they are all harsh critics of the Iranian regime.

According to the indictment, the four explored ways to kidnap the journalist, who is of Iranian descent, from her home in the Brooklyn neighborhood of New York and smuggle her to Venezuela, which has friendly relations with Tehran, in a speedboat. William Sweeney, Chief of StaffFBI In New York, he admitted the indictment looked like a “false plot of an action movie.”

“The four members of the regime, which is supported by the regime in Iran, have conspired to kidnap an American journalist here on our land and abduct her by force to Iran,” Sweeney added. “It will not happen in our shift.” According to the indictment, the motorboat plan was taken into account only after the failure of efforts to persuade the journalist’s family to reach a third country in the Middle East, from where she was captured by Iranian agents, a technique Tehran had used in two previous incidents.

I am grateful to FBI for foiling the Islamic Republic of Iran’s Intelligence Ministry’s plot to kidnap me. This plot was orchestrated under Rouhani.

This is the regime that kidnapped & executed Ruhollah Zam. They’ve also kidnapped and jailed Jamshid Sharmahd and many others pic.twitter.com/HUefdEbiil

The journalist they tried to abduct was called “Victim 1” in the indictment, but a woman named Massik Alingad, an open-minded critic of the regime in Tehran who lives in New York, confirmed that she was the intended victim. “About eight months ago theFBI “I was warned that there was a conspiracy against me,” said Elijad. “I said it was not exactly news, I get death threats every day.”