Cuba, protests against the regime are back after 30 years 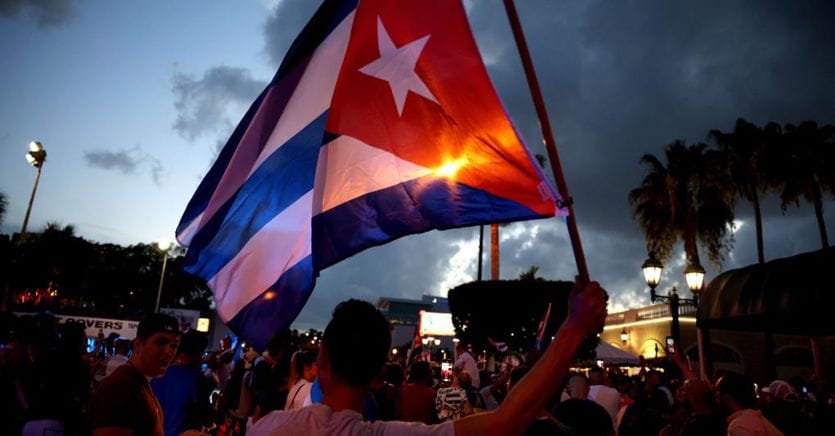 Thousands took to the streets in Cuba calling for freedom. They shouted: “We are not afraid.” Again: here is “Yes we can”, or “We can”, the American slogan of the Barack Obama era, now a universal hymn to the hope of change. As well as «Patria y Vida», homeland and life, inspired by the title of a song composed by Cuban dissidents who overturned an old motto of the revolution, homeland or death. With these slogans, crowds of Cubans, using social media networks recently in the country, have given rise to unprecedented national protests perhaps since the revolution or at least for thirty years, since the serious crisis of 1994. Protests involving about fifteen cities, including the capital Havana. Mass demonstrations triggered by the spiral of an economic and public health collapse, amid growing frustration with food shortages, energy blackouts, spikes in coronavirus infections. Freedom, in short, food, vaccines and medicines.

It was a message that also broke into the White House. US President Joe Biden had so far kept the unresolved issue of the policy towards Cuba at a distance. Now he has intervened, expressing support for the protests and appealing to Havana to listen to them. They are “a vibrant appeal for freedom and aid against the tragic grip of the pandemic and against decades of repression and economic suffering imposed by the Cuban authoritarian regime”. The people “are boldly asserting their universal and fundamental rights”, including “the rights to peaceful demonstrations and to freely determine their own future”. These “must be respected”. And the United States “is asking the Cuban regime to listen to citizens and serve their needs at this crucial moment instead of getting rich.”

On the streets of Cuba, protesters challenged the specter of repression at the hands of a regime now run by a new generation of leaders often regarded as party officials lacking the charisma of their predecessors. “Cuba is not yours,” a slogan pressed. “Our children are dying of hunger,” denounced a woman filmed on video. Freedom, in short, but also vaccines and the fight against poverty. The government’s first response was dry: 61-year-old President Miguel Diaz-Canel, who succeeded Raul Castro in 2019 and from this year at the helm of the Communist Party, called the demonstrators “vulgar criminals”. And he accused the United States of being the source of crises and protests, with the economic embargo and support for dissidents. He called on government supporters to mobilize against the demonstrators. «Revolutionaries, on the street. The order of battle has been given, ”he invoked in a televised speech. Filtered images from Cuba – internet services were repeatedly cut – showed squads armed with sticks, beatings, arrests, two damaged police cars and a looted government shop. In the past few hours, however, Havana has also more quietly promised a better response to the crisis.

The wait of the USA

The Cuban population is struggling with an economy that contracted by 11% last year, due to the collapse of tourism, with long queues in shops as well as for transport. The last month has seen a resurgence of Covid-19 cases, the epicenter of the northern province of Matanzas. On your knees health care. Remittances from emigrants themselves, a source of hard currency, dried up during the pandemic shock. For Biden, beyond the hot intervention, the drama in Havana threatens to raise complex questions of foreign and domestic policy. The US president has so far mainly taken time to formulate a strategy. It has not restored as promised the diplomatic, commercial and travel thaw conceived by Obama and canceled by Trump. Now the Republicans still accuse him of being soft with Havana.