The Iranian journalist who survived an abduction of Iran speaks 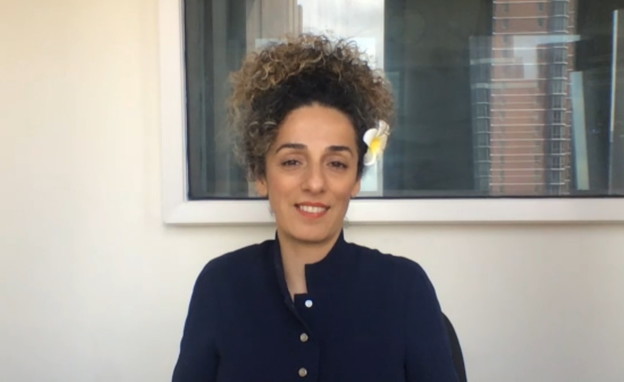 Messi Elingad is an Iranian-American journalist and human rights activist who fled to the United States about a decade ago, after the authorities began persecuting her. She made the voices of the oppressed women in the Islamic Republic heard and was a leader in the hijab protest – a voice that has spread in recent years among her millions of followers on social media. Eight months ago, FBI agents knocked on her door and informed her that they had managed to thwart her abduction by Iran.

Only yesterday were the full details of the plot embroidered by the Iranians revealed, which Alingad also first heard. Iranian agents tried to abduct her from her home in Brooklyn in a speedboat to Venezuela – and from there on a flight to Iran. They spied on her and her partner and children and even installed surveillance devices in her home.

“Cops have been stationed outside my home for the past two weeks. When I asked them why they were there they told me they were there to protect me,” Elingad is heard in a video she uploaded to her Instagram account, with a police car outside her home in the background.

“I felt confused,” she says in an interview with N12 from her home in Brooklyn. “Because I was not safe in Iran, I moved to the United States to be safe. Now I see that Iran’s spy agency has come here. This is the nature of the Islamic Republic. No matter where you are, as long as you criticize the religious dictatorship, the Islamic Republic – you will not be safe. Nowhere”.

Elingad is not afraid to tell that she is scared, but clarifies that she does not intend to give up. “Obviously, as a human being I’m scared. It’s a scary plot,” she says. “This is the Islamic Republic that is afraid of millions of Iranian women who boldly call on the Islamic Republic to end this dictatorship. As long as they do not give up, I will not give up either.”

She continues: “I have two options – to feel miserable every day or to make the oppressive regime feel miserable. So I choose the second option.”

Her story, an Iranian kidnapping attempt on US soil, is very unusual. She has appeared on all the major chains and the White House has addressed this as well. “We condemn Iran’s heinous and dangerous attempt to kidnap a U.S. citizen on U.S. soil,” White House spokeswoman Jen Saki said. “We will vigorously defend the citizens of the United States and our interests.”

Asked how she feels about the fact that while this is happening on US soil, the administration continues to negotiate a nuclear deal with Iran, she replied: “It breaks my heart. They have challenged the United States government in its territory, on its soil, and they want to see the response. “So it’s better for the Biden government to take a firm step.”

Her family is still in Iran. Her brother was arrested, her older mother was questioned and her sister was forced to deny her a live broadcast. But it maintains daily contact with the public. Says that unlike the ayatollahs’ regime, the people themselves have no problem with Israel.