The floods in Germany: a report from the heart of the disaster area 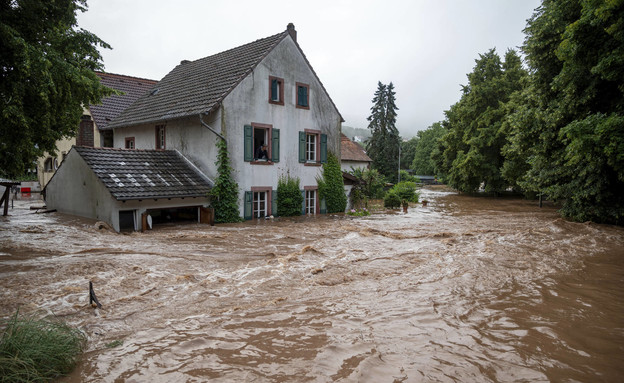 Testimony from the flooded area: Rescue efforts and the search for more than a thousand missing persons in Germany continue tonight (Friday). Extensive areas were flooded in the west of the country on the night between Wednesday and Thursday following particularly heavy rains that fell almost non-stop. Nissan Strauchler, an Israeli living in Cologne, the central city in the area that was severely damaged by the weather, said in an interview with “Ulpan Shishi” about what is happening: “The disaster here is looking at us from all sides.”

“All of Germany is talking about it,” says Strauchler. “It’s a disaster that has never been seen before, probably in recent decades.” He referred to the high numbers of dead and missing, and explained that the disaster had hit a fairly extensive area. “It’s a catastrophe that affects the whole area.”

Strauchler addressed the severe effects of the severe storm on residents of the area, beyond the large numbers of casualties. “We here in North Rhine-Westphalia are suffering not only from rains, but also a great deal of property damage – economic damage. I was now in the market – there is no merchandise in some of the stalls, they just did not bring vegetables because of the floods.” Strauchler added of the many difficulties after the storm: “The train, the train here, also stops because it cannot cross the Rhine in certain places. It simply disrupts the routine of life, it is unbelievable that it happens in Germany.”

Strauchler explains the great turmoil created in Germany following the weather events and says that all politicians at all levels address the issue. “If it’s Merkel and the governor of North Rhine-Westphalia, who is expected to replace her, is already doing field patrols. Everyone is coming here, including the army. Yesterday I drove on the road to Frankfurt and saw dozens of convoys with dozens of rescue vehicles coming to the area, the Red Cross and firefighters.”

“The situation is reminiscent of what is happening in the country. A little rain and nothing can be done”

Even two days after the severe storm that led to the severe disaster, Germany still expresses many concerns about further disasters. “Now there are two quiet days, but on Wednesday the rains fell non-stop, really non-stop,” says Strauchler. “Although the infrastructure here is stronger than in the villages, but we are certainly also affected and the situation is not very comfortable. There is no doubt that the disaster here is looking at us from all sides, and it is clear to everyone that it will rain a little more and it can get worse here.”

Strauchler said that the situation is reminiscent of what is happening in Israel, which suffers from floods every winter: “It is a bit reminiscent of the country. I met someone on a train who had just stopped halfway because there was some flooding on the tracks and she said: “The country in a sense. The Germans are also surprised, and they also like to complain and that’s all they are talking about now.”