Biden: the attack on Microsoft was born in Beijing. Alliance against Chinese piracy 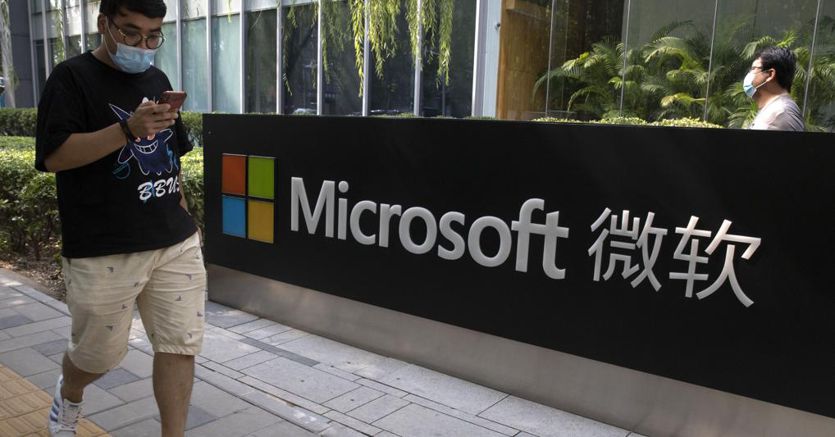 The Biden administration declares war on China’s cyber offensives on a global scale. Washington formally accused Beijing for the first time of hiring criminal groups and hackers to hack Microsoft’s Exchange email system, popular with businesses, including military suppliers, and governments. Objectives: from espionage to blackmail through ransomware. And for the counter-offensive to Chinese cyberattacks, Washington mobilized an unprecedented coalition: the denunciation, albeit with different tones, was signed by NATO and the European Union, as well as individually by countries ranging from Great Britain to Canada, from Japan to Australia and New Zealand.

Political siege instead of sanctions

Washington has not challenged the weapon of sanctions, the result of the resistance between the allies, starting with the Europeans, to escalate tensions with Xi Jinping. The EU in its stance has avoided following the White House in mentioning direct responsibility of Beijing. The answer was so different from the strategy adopted towards Russia: in the face of the Moscow attack discovered last year on SolarWinds software, which affected almost twenty thousand federal agencies, institutions and companies and considered more sophisticated than the Chinese one, the White House has triggered a retaliatory counter-offensive. Instead, to counter Beijing, it preferred to resort to a siege, leading a vast coalition capable of maximizing political pressure.

Biden, in both cases, however, has raised the bar in the new cyber Cold War against the two great opposing powers, China and Russia. The effectiveness of the US moves remains to be verified and is under discussion within and outside the administration. But the priority at the new frontier of the conflict is beyond doubt: the US security agencies and secret services yesterday collectively issued a warning on the “serious threat” still represented by Chinese hackers to political, economic, military and academic institutions and essential infrastructures. Americans and their allies.

Secretary of State Antony Blinken, underlining the importance of unity of purpose shown by the US and allied countries, bluntly stated that the Chinese government has “nurtured an ecosystem of contract criminal hackers who carry out both sponsored activities. by the state that crimes for their own financial gain “. Pirates “in paychecks of the Ministry of State Security”, of the Ministry of State Security (where the intelligence and counter-intelligence services not directly dependent on the military apparatus are gathered). And that they would have cost “governments and businesses billions of dollars in intellectual property theft, blackmail and security costs.”

The reconstruction of the attack made by the FBI

According to the FBI’s reconstruction, hackers have exploited hidden vulnerabilities in Microsoft’s email server software, compromising perhaps hundreds of thousands (over 30,000 in the US alone) of computers and networks around the world. A violation that would have started in January and affected, when it comes to business victims, from American companies to German groups. Computers were allegedly infected with malware that first enabled effective monitoring and spying. So much so that the FBI, in an extraordinary intervention, in addition to conducting investigations, then “cleaned up” the systems violated by traces left by hackers and which would have allowed further attacks.