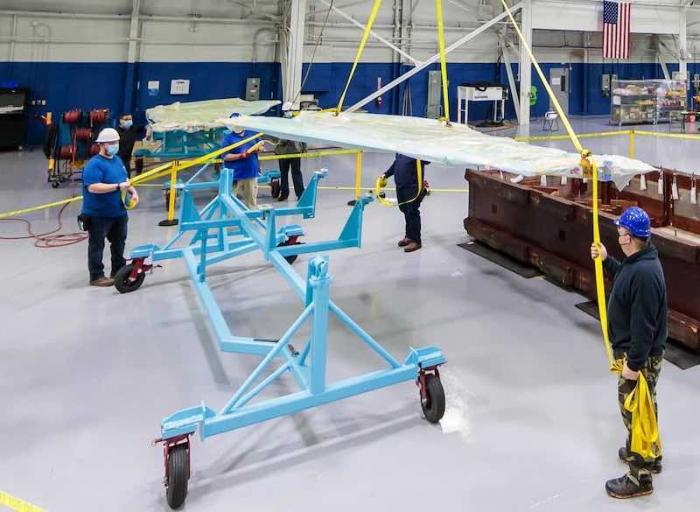 Lockheed Martin has resumed production of F-16 fighter jets, and the aerospace industry has recently handed over the first wing of this aircraft to the US manufacturing company.

The aerospace industry reopened the assembly line founded in the 1980s in response to the growing demand in the world for F-16 Block 70/72 aircraft. The wing was sent to Lockheed Martin facilities in Greenville, South Carolina.

IAI CEO Boaz Levy said that the renewed and advanced production line in aircraft wing and vertical fin technologies reflects more than 40 years of cooperation between IAI and Lockheed Martin.

Lockheed CEO Martin Israel Joshua (Shiki) Shani said that five countries have recently opted for F-16 fighter jets because this fighter jet is a valuable strategic choice for customers around the world who want a 4th generation advanced fighter jet.