“Putin is based on an obsessive strategy of annihilating Ukraine” 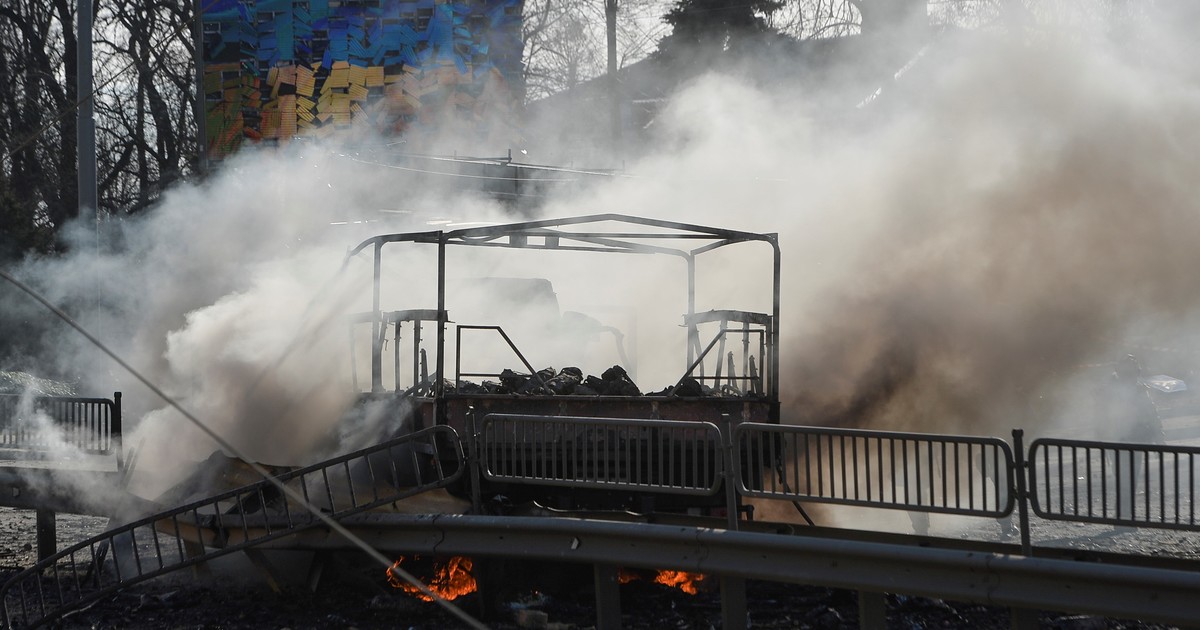 Pol Morillas is director of CIDOB, one of the main European think tanks in international relations. He has training in Political Science, Public Policy and International Relations from the Autonomous University of Barcelona and the London School of Economics. He worked, among others, for the Council of the European Union and for the European Parliament.

Europe saw the Russian attack coming months in advance but expected it to be more limited. It was a surprise?

-Putin had been announcing it for some time because it was based not so much on rationality but on an almost paranoid and obsessive conception of a strategy to annihilate the very existence of Ukraine. I see two issues. First, the rationale behind the announcement of the first package of sanctions, of thinking that it would be enough to at least qualify the Kremlin’s policy. To this we must add that it was believed that this tactic of waiting conditioned the Russian government and gave space to diplomacy.

And that didn’t work…

-That failed miserably. In this, the European governments sinned from these two beliefs or simply have not put themselves sufficiently in a situation of what Russian pressure meant in their own economies, nor did they have enough understanding of what was at stake.

– Did you not believe Putin’s speech?

-Putin said that Ukraine was a false state, that it does not exist or that it has no right to exist, that it is poorly governed, that it is infiltrated by Nazis. A whole series of misinformation that ended up being true information for the Kremlin. It has entered into that dissonance about reality with respect to the constructed discourse. That constructed discourse is the one that the European (governments), from their point of view, thought was a pure tactic of misinformation and confusion or a negotiating trick. We did not give them enough credit and these are the questions that ended up decanting the action, because the lie that they had constructed for them was true.

-Many analyzes said that this was not going to happen.

-Those analyzes that, under a rational perspective, said that this was not going to happen are built in circumstances that changed. In the first instance because the Kremlin has become more authoritarian, more closed around Putin’s circle and his decisions. The leadership that existed at the time and the dialogue no longer enter so much. Emmanuel Macron saw that every time he tried a certain approach he was answered with almost no. He started from a rationale that did not exist because the project was of greater scope in the eyes of the Kremlin for its position in the region and in the world.

– But those analyzes were wrong.

-The global circumstances have also changed, there is a perception of the decline of the West, a desire to divide Europeans, the use of hybrid wars and because Putin believes that the world order must be revised. In this, it has Beijing as an ally and that is how this situation of strength can be explained, which puts Putin on the revisionist side of history and which means that the rational conditioning factors of another historical moment are not applied now, that cost-benefit analysis before the decision to invade or not to invade.

-Does Russia seek to turn Ukraine into a state at its command or does it want to end Ukraine as an entity?

-The option of a total occupation is taking shape. At first it was thought that the option of staying in Donbass, controlling it, destabilizing Ukraine from there should be the rational one, but it is no longer. Hence the logic of the gradual nature of European sanctions. Now everything seems to indicate that the objective goes further and if we look at the Kremlin’s declarations, the full invasion, the overthrow of the government and the total conditioning of the existence of Ukraine as a sovereign nation becomes a real possibility. Only Putin knows how far he wants to go.

-And what can happen?

-Some voices say that if that has to happen it is better that it happens quickly and painlessly. That has a complementary look. The Ukrainian is a society that has been mobilized for a long time to turn towards Europe, with the Association agreement (with the European Union), with the Maidan revolution. It has also been promised a lot, such as the NATO promise (2008, which was not fulfilled), perhaps mistaken but a promise, belonging to the eastern partnership of the European Union. That civil society was not only an actor responsible for this rapprochement but also a recipient of those promises. They declared themselves in favor of it and Europe promised them.

-What long-term consequences can this offensive have?

-That quick (military) solution, which would be the least costly in terms of human lives in the short term, has the potential to be highly destabilizing in the future because that ability to control the people and the Ukrainian society is relatively more difficult for those background. This also generates some derived from refugees and other instabilities in a country that has borders with several countries of the European Union.

-If Ukraine decides not to surrender and resist, even with a kind of guerrilla war after a Russian occupation, could Russia control a country of 44 million inhabitants and 600,000 square kilometers?

-There are many considerations. Ukraine is not just any country that you can easily depose and control. From the West, it is seen with great caution because reinforcing the military capabilities of the Ukrainian Army would not change a very asymmetric relationship of forces. If Russia thinks that the conflict is going to drag on, I fear that this means, in the first instance, an increase in hostilities on a much larger scale than what we are seeing. That in cost of human lives would be terrible. It can be thought that either it is done quickly or that this situation is not sustainable for Russia either. Nor do I see a change of position from the West in favor of contributing to this escalation.

– Is there a distribution of roles in NATO as Germany implied to justify that it did not send weapons but rather financed Ukraine?

-The question is to see what kind of strategy counteracts the Kremlin’s position. Confronting it on a military and security level requires a dedication of forces much greater than anyone is willing to commit. This is not the object of changing the Kremlin’s attitude. Unless there is an attack on a NATO country we are not in that context. The question now is how the Kremlin can be brought to heel without an escalation of the conflict. That is where the package of European sanctions comes in, which until Friday had been relatively modest, something that the Kremlin interprets as having a free hand for now. The key is how far Europe is willing to go in terms of sanctions, not in military matters.

“Everything that has happened so far was a more remote possibility than it ended up being. There may be situations of bewilderment or surprise.

– Just as a massive attack was not seen coming, is it impossible for Russia to try to strike a blow against a NATO country?

-It is not unreasonable to think so because everything that has happened so far was a more remote possibility than it ended up being. There may be situations of confusion or surprise on our part. What I do believe is that in that case we would be in a different institutional framework, we would be in the framework of the Transatlantic Alliance and there Russia does have clarity about what the counterpart could do. It is a step that is no longer so political fiction, but based on known institutional architecture. Here we enter into that perspective of opposition of military power. In the east it looks different. I understand that for historical reasons or strategic culture in the east it is thought that this possibility may be real.

-Russia is a nuclear military giant but it has economic weaknesses and depends on hydrocarbons. Is what Putin did irrational?

-It is also built on a complicated internal situation at the economic level, on rampant inequalities in Russian society and therefore the sanctions have to go after that discontent. But sanctions are a long-term game. If the Kremlin thinks it can weather them in the short term, it has another perspective. This is the difference. The Kremlin plays with weapons to provoke changes in the short term and Europe with sanctions to provoke them in the long term. That is the tragedy of the current situation in Ukraine.

-What can NATO do to reassure the governments on its eastern flank?

-The first thing is to teach unity among the allies, a joint position of shared perception of the risk in which we are. And that this is beginning to be doubted because of the divisions between the countries, the different perceptions of relations with Russia. This is a historic moment for the future of the European order and the international order. There has to be seamless positioning. There also has to be a rapprochement to see what Ukraine is asking for and what can be done. Also elements of civil protection in the face of the possibility of great hostilities and great risks to human security. We must focus on human security. I see the scenario of military escalation as difficult to agree on and difficult to implement right now.