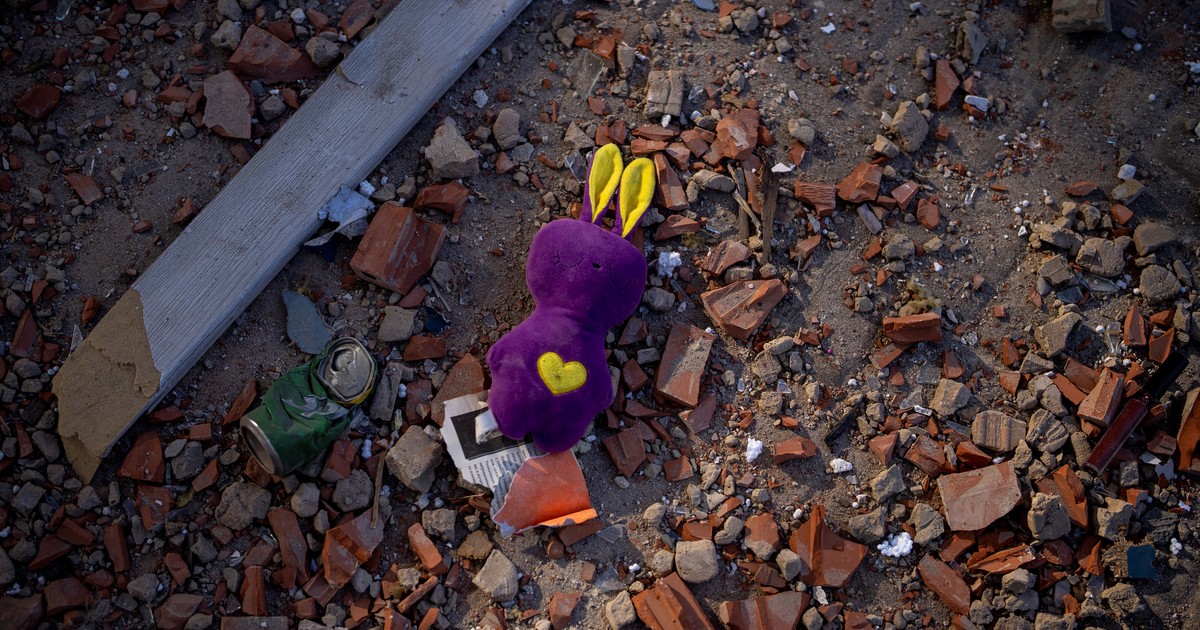 In the context of the violent confrontation between Ukraine and Russia that was unleashed with the invasion of Vladimir Putin’s army, a new strategy to bomb Ukrainian cities sparked more alerts among the inhabitants of the region.

“Attention! In the Sumy area, Russian aircraft they are scattering children’s toys, mobile phones and valuables packed with explosives“, tweeted the Verchovna Rada, the Ukrainian parliament, warning about the new action detected in the northeastern town near the Russian border.

The denunciation is in line with what President Volodimir Zelenski had stated, who stated that Russia was attacking civilian populationsdespite the fact that from Moscow they affirm that their operations are destined to take control of military objectives.

Thus, not only are war tanks, missiles, fighter planes and frigates used to carry out their attacks, but also covert weapons that, in the face of any distraction, can cost the life of a citizen who comes across a “bomb object”. “.

In Ukraine they warn that they are scattering children’s toys with explosives.

In this regard, the Kiev institutions issued statements and denunciations about the use of these prohibited weapons and covert actions that are impossible to verify.

“The entire dirty war arsenal that flanks conventional attacks explodes and represents a brutal string of low blows“, alleged the authorities in their claim for the action.

They ask to be careful with the bomb objects launched by the Russians.

In another sense, as reported by the news agency ANSAin this confrontation “could not miss the chechen militiafierce ace in the sleeve of the Russian president for selective eliminations”.

In addition, some British media claimed that “hunters” from the Chechen special forces arrived in Ukraine with the task of arresting or killing authorities at the highest level who were they would have been given “carte blanche” with photographs of the main objectives.

The Russian military operation in Ukraine entered its third day this Saturday and after an early morning of intense clashes, a disturbing silence once again took over Kiev, where the image of a building hit by a missile became the postcard of the war.

Ukrainian Health Minister Viktor Lyashko reported that at least 198 people died since the beginning of the Russian invasion, including three children. Meanwhile, another 1,115 people were injured, of which 33 are children.

In this context, the inhabitants of Kiev remain on edge in the face of military attacks from Russia. During the early morning a loud explosion was heard near the Maidan Square, as well as multiple explosions were reported in the Troieshchyna area.

According to the State Special Communications Service of Ukraine, more than 50 rumblings and machine gun fire were recorded around the city zoo and in the Shulyavka neighborhood.

Despite the attacks, President Zelensky said that for the moment the Ukrainian army managed to resist. “The occupiers wanted to blockade the center of the country and put (pro-Russian) puppets here, like in Donetsk. We have derailed their idea, they did not get any advantage over us,” he said.