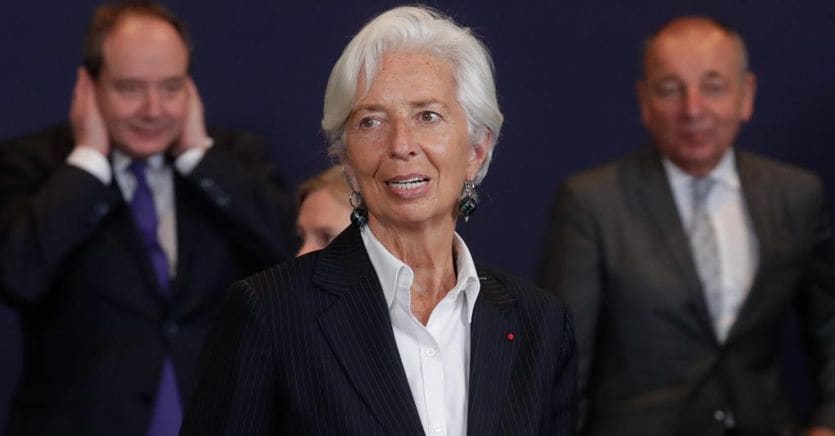 The difference of the new forward guidance with respect to the formulation still used in June, and present for months in official monetary policy releases, is evident. Under the old strategy, the ECB aimed for inflation that converges “at a level sufficiently close to 2% within the time horizon of the projections”. Convergence confirmed by the trend in core inflation.

The new formulation and the new strategy obviously require a prolonged expansionary monetary policy all things being equal and, if the situation makes it necessary, even more incisive, more energetic than the old strategy. It is no coincidence that the new forward guidance, or rather the actual “recalibration” of the indications, was not approved unanimously, but – explained Lagarde – with an “overwhelming majority”. An expected outcome, he added.

It is possible that some of the hawks really wanted to contest (“marginally” Lagarde said) a formulation that also has – but is largely inevitable – the effect of changing not so much the orientation of the central bank as the expectations of economic operators. on monetary policy.

When asked about the significance of the new forward guidance for monetary policy, it is no coincidence that Lagarde tried to blur the political significance of the adhesion of the new strategy: she said that she preferred an interpretation to the formula “lower rates for longer” which emphasizes the ECB’s desire not to raise rates “prematurely” and to be “patient” with regard to inflation to “gain confidence”.

The key point, in this respect, would be – he added – precisely the “lasting” aspect that the inflation projections must have between the “middle point” and the end of the time horizon. The difference, in terms of practical consequences, is evidently minimal. The president also hinted at the function of forward guidance to anchor inflation expectations.