Here is the EU plan to stop Putin 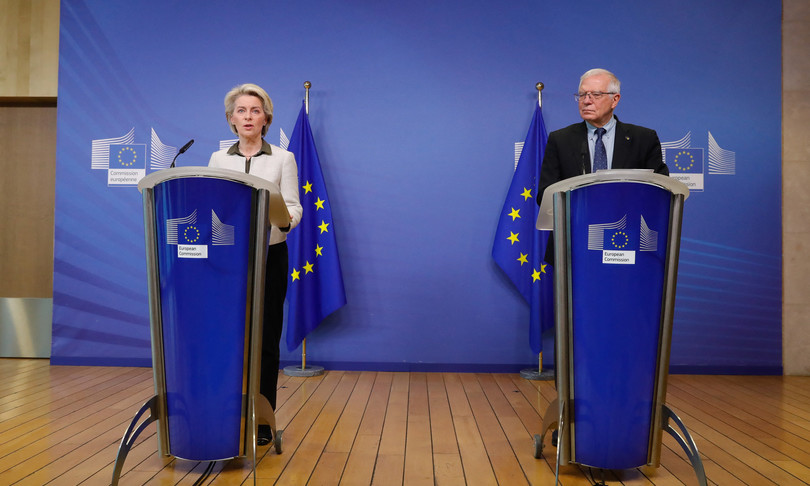 A historic moment for the European Union. For the first time he takes part in an armed conflict. Although not directly. But it will play an important role. And it is worth 450 million euros worth of weapons that will be destined for Ukraine in its “heroic resistance” against the Russian invasion.

The fund that comes from the European peace facility (the European Peace Facility, which however in this case finances a war) is conspicuous because “it’s not just about weapons and ammunition but also fighter jets“explained the EU High Representative for Foreign Policy, Josep Borrell.

Both he and the president of the European Commission, Ursula von der Leyen, insisted on the “historic moment” and the “unprecedented decision” of the EU. Which, as Covid teaches, “comes out of crises stronger”. For von der Leyen we are facing a “watershed”. “A reaction that no one expected, not even the Russians”, highlighted the head of European diplomacy.

To the 450 million euros are added another 50 million for non-lethal equipment, such as first aid kits, helmets and bulletproof vests. Countries that did not want to take part in the financing of arms will contribute with this slice. Poland will act as a logistics hub for the delivery of shipments. Some weapons are already in the hands of the Ukrainians because the fund is retroactive, from January 1st.

The Twenty-Seven, however, also want to hit Moscow directly. And they can do it with sanctions and restrictive measures. The third package, which will be approved today, is painful. A number of Russian banks will be excluded from the Swift system. “They are not all but the damage is maximum”, assured Borrell.

The assets of the Russian Central Bank will be frozen. This means that just under half of the country’s reserves will be unusable because they are located in the vaults of banks in G7 countries. And again: the European Union has closed its skies to Russian aircraft, including the private jets of the oligarchs. And he wants to shut down the Kremlin’s propaganda and disinformation machine by banning Russia Today (RT) and Sputnik from the Union.

In the new sanctions package, the Belarusian president Aleksander Lukashenko, Putin’s faithful ally, is hit once more. There is no war without casualties. And among the victims are the displaced. The forecasts of the United Nations are shocking: 18 million Ukrainians will be affected by the conflict, seven million will be internally displaced, four million will go to the European Union.

And the Twenty-seven are ready to welcome them. Brussels has put 90 million euros on the table for immediate humanitarian assistance. Then it will activate a solidarity platform to manage reception. “All countries have given their willingness to do their part”, assured the Minister of the Interior, Luciana Lamorgese. “It is the Europe we want”, she added.

Ukrainian citizens have the opportunity to stay on the territory of the Union for 90 days without applying for asylum, thanks to a visa waiver. Many will go to their family members who are already resident in EU countries and thus relocation will be easier. Many states are pushing for the implementation of the directive for “Temporary protection in the event of a massive influx of displaced persons”, approved in 2001 but never applied.

It establishes a tool for dealing with massive influxes into the EU of foreign citizens who are unable to return to their countries, especially due to wars, violence or human rights violations. It introduces immediate and temporary protection for displaced persons and promotes a balance of efforts between EU countries receiving displaced persons. But it does not impose the mandatory distribution of asylum seekers in EU countries. Denmark does not participate in the directive. Upon his arrival in the Council, the Danish Interior Minister, Mattias Tesfaye, has already declared that it is “too early to talk about it”.