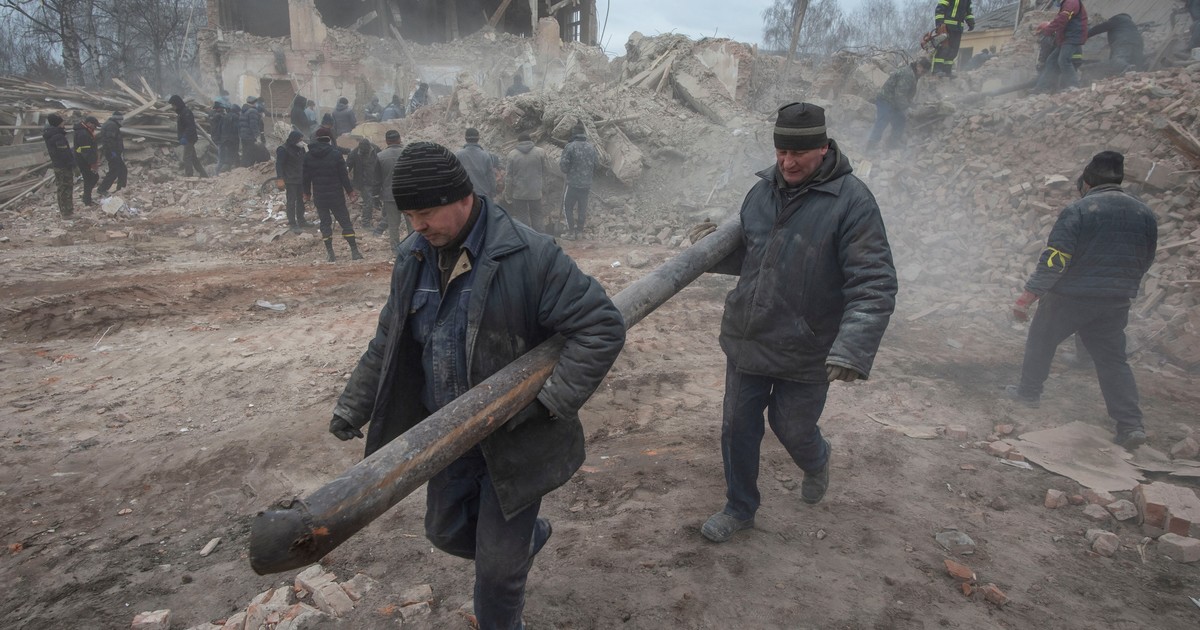 Amnesty International denounced on Monday the use of cluster bombs in Ukraine, which caused the death of civilians, including a child, on Friday, and called for an investigation to be opened into “war crime”.

According to the international NGO, a school in Okhtyrka, in the northeast of Ukraine, suffered the impact of these bombs on Friday, February 25, banned in 2010 by an international convention, which was not signed by Russia or Ukraine.

Three people, among them a childdied from the explosion, Amnesty denounced in a statement.

“The attack appears to have been carried out by the Russian army, which was operating nearby,” the international organization said on its website.

“Amnesty International has confirmed that a 220mm Uragan rocket dropped cluster munitions on the Sonechko preschool and kindergarten, Ojtirka town, Sumy Oblast, where local residents sought refuge. The attack may be war crime“, the NGO said in a statement.

This NGO bases its complaint on video footage taken by drones and showing the impact of cluster bombs in at least seven places.

It also has 65 photographs and a supplementary video according to a local source.

The NGO Human Rights Watch and the investigative portal Bellingcat also claimed to have evidence of the use of cluster bombs in civilian areas in Ukraine.

“There is no justification for using cluster bombs in populated areas, let alone near a school,” said Agnes Callamard, Secretary General of Amnesty International.

“This attack bears all the hallmarks of Russia’s use of these internationally prohibited and inherently indiscriminate weapons, and shows a flagrant disregard for the life of the civilian populationCallamard added.

Cluster bombs contain several dozen small bombs that are scattered over a wide perimeter and some of them do not explode at the time of launch, which can lead to them becoming antipersonnel mines.

The 2008 Convention on Cluster Munitions – a treaty backed by 110 States but to which Ukraine and Russia did not join – determined that the use, deployment, production, acquisition, stockpiling and transfer of cluster munitions is prohibited in all circumstances.

International humanitarian law prohibits the use of weapons with inherently indiscriminate effects such as cluster munitions.