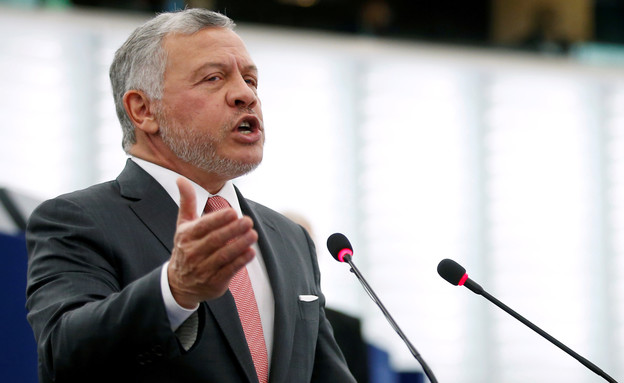 Defense Minister Bnei Gantz and King Abdullah of Jordan have agreed to expand security cooperation between Israel and Jordan, along the borders and between the armies – this was first reported tonight (Sunday) on the N12. The two met immediately after Prime Minister Naftali Bennett met with Abdullah. This is not Gantz and Abdullah’s first meeting, and there is close cooperation between Israel and Jordan on intelligence and military issues.

King Abdullah commented on Israeli.Palestinian relations, expressing opposition to the annexation initiatives: “If we do not talk about a two.state solution, are we talking about one state that will be democratic and fair? I think one state is more complicated. What will you do? Push all Palestinians from their homes in the West Bank “West and create instability? I think Jordan has a right to express its opinion.“

Asked about Operation Wall Guard about two months ago, King Abdullah replied: “This is the first time since 1948 that I feel there has been a civil war in Israel. It is a wake.up call for Israeli citizens and Palestinians who need to move forward. There will be another round of fighting – there will be no winners, but in the last round there were no winners at all. “

The King of Jordan commented on the revelation of the plot to overthrow his regime, which involved his brother Prince Hamza, and expressed his disappointment: “What makes it sad is that one of these people was my brother who did it in a very disappointing way. Many royal families around the world have privileges “Politics at the end of the day is a reflection of the monarch. It was unfortunate and there was no need for it, it could have been avoided.“

Prime Minister Naftali Bennett He left secretly in early July for Jordan, where he met with King Abdullah at his palace in the capital, Amman. Since Abdullah has boycotted Netanyahu in recent years, this is the first meeting between an Israeli prime minister and the Jordanian king in five years.

The meeting, which was apparently also attended by security officials, was defined as very good. The two agreed on the opening of a “new page” that would restore the murky relations between the countries. Among other things, Bennett agreed to approve the deal to sell additional water supplies to the Jordanians. A senior security source told the N12 that exposing the meeting embarrassed Abdullah and would damage relations between the two countries.

Yaron Schneider participated in the preparation of the article