The world is wondering – what is going on with Vladimir Putin? “Looks unstable” 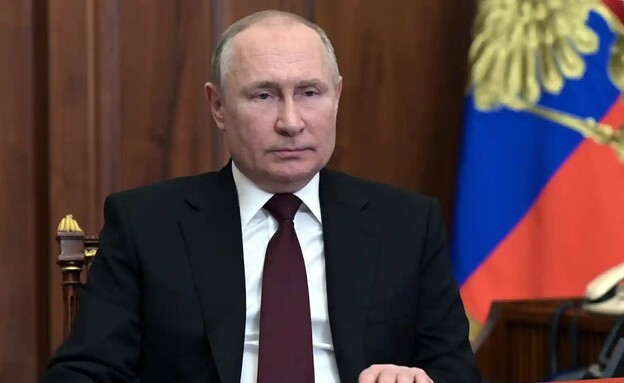 What is he doing? What’s going through his mind? These are the key questions that are currently preoccupying statesmen and intelligence officials around the world when it comes to analyzing the actions of Russian President Vladimir Putin, who has ordered an invasion of Ukraine. In the West, it is estimated that Putin is dissatisfied with the functioning of his people, and when you add the references of his foreign minister to the Russian nuclear arsenal, this is certainly cause for concern.”It is impossible to know what illogical thing Putin will do, his invasion of Ukraine is illogical,” claims Republican senator and former US presidential candidate Mitt Romney. The nuclear that came up recently, Romani had something to compare to the Russian president: “The huge table where he sits is like ‘Doctor Strangelove’. “He probably does not listen to those who have opposing views. I do not know if this indicates a mental imbalance or if it is just the understanding that he is a dictator.”

These are not just criticisms. Romney’s remarks come in the wake of growing speculation in the United States that Putin is frustrated by the shuffling in the fighting, moving away from his security cabinet and even attacking his entourage. “Russia’s response will be immediate and will bring you to results you have never encountered in history.”

Anyone who knows Putin, the statesman who has held power in Russia for more than two decades, points to alarming signs. Condoleezza Rice, a former U.S. secretary of state, claimed the Russian president “looked unstable.” He has an increasingly illusory conception of history. It seems to be sinking into something I have not seen before. ”

In a conversation with French President Emmanuel Macron with Putin, the former tried to make it clear to the Russian president that he was making a serious mistake. Putin, on the other hand, made it clear in his reply that he was determined to achieve all the goals he had set for himself before going to war. Now it remains to be seen how he will seek to do so – and what the price will be.