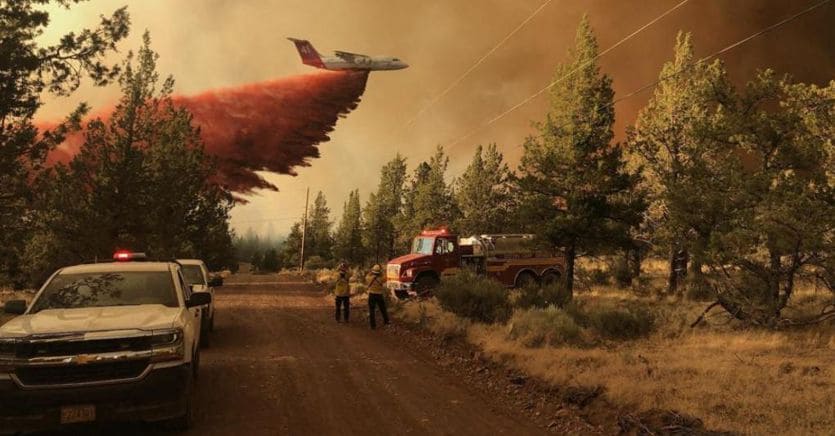 They call them Water Witches, water sorcerers. They trace their practices back to the Middle Ages, but today they come out of legend to enter the dramatic reality of the great drought in the American West. The American Society of Dowsers association, which in normal times gathers a heterogeneous army of two thousand hunters of various treasures, is crowded with H2O shamans, armed with which to perceive the “energy” of springs and underground aquifers despite the excommunications of the scientific community. And their services, a stone’s throw from the high.tech world of Silicon Valley, are selling like hot cakes: contended by desperate farms, winemakers and ranchers.

Record drought on the West Coast

It is one of the many signs of the business crisis, as well as of the human and environmental drama, brought with it by the fierce spiral of heatwaves, water depletion and record fires. Which, compounded and multiplied by the acceleration of the greenhouse effect, are devastating the western half of the United States. 90% of the region is besieged by unprecedented aridity, from California and Oregon to Nevada, Arizona, New Mexico, Utah, Washington, Idaho and Montana. Scientists are now talking about mega.drought.

With a budget in progress: the government has calculated at least eight environmental disasters worth over a billion dollars since the beginning of the year, all of them droughts and fires but also the opposite, floods and storms. And alongside the human tragedies come the shocks to economic activities, from the specter of compromised or destroyed crops to soaring prices and food inflation. Up to abrupt halt to the expansion of a West that has become one of the crucial engines of the country’s demographic growth.

The effects of climate change

The toll threatens to get worse in the future. «We are facing off.scale phenomena. The stress on society is evident and the truth is that we are not ready to face it. We may find ourselves on the eve of a new phase of extreme conditions that overlap each other, beyond our experience of climate change, ”says Andrew Pershing, one of the leaders of the research and dissemination organization Climate Central. The federal National Oceanic and Atmospheric Administration shows how the impact of extreme climate has intensified: if since the 1980s the toll is 298 multi.billion dollar “events” (an annual average of 7.1) in the most recent five.year period, the average is more than double, 16.2. In ten years, fires destroyed an average of 7.5 million acres per year, double the previous decade.

In the valley of death peaks of 54 degrees

The rapid succession of events this year has raised the alarm. Record temperatures followed in the Northwest of the USA (and Canada), with world records of 54 ° Celsius in California’s Death Valley and maximums, day and night, pulverized in almost 600 locations in just 30 days. In the Rocky Mountains the thermometer has risen above 40 ° and the cool Portland in Oregon has touched 47 °. Hundreds of deaths have been attributed to the “heat dome”, the dome of heat blocked on the region by the weakening of atmospheric circulation. In western states already plagued by lack of rain and winter snow: the largest water supply on the Colorado River that feeds much of the west, Lake Mead created by the Hoover Dam in the 1930s, is at its lowest since birth.