Everything you need to know about the Zaporizhia nuclear power plant 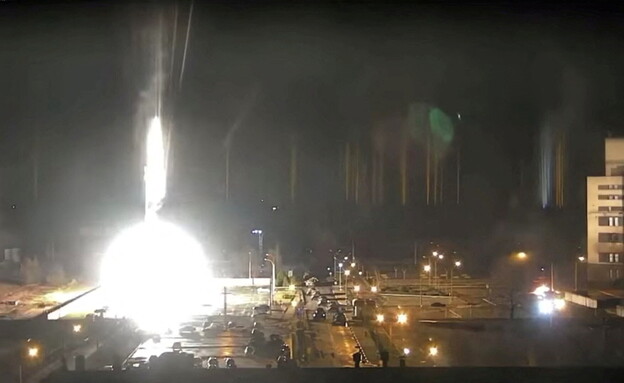 Ukraine announced today (Friday) that Russia has occupied the Zaporizhia nuclear power plant in the shadow of the fighting that broke out there, but that it is the largest nuclear facility in Europe. What is the importance of the activity in the place? How might the Russian takeover affect this? And is there a threat of radiation? The N12 makes order in everything you need to know.The Zaporizhia Nuclear Power Plant, built between 1995 and 1984, is located in southeastern Ukraine in the city of Anherhoder, on the east bank of the Dnieper River. It is considered the largest in Europe and the ninth largest in the world. The station operates 6 reactors, each with a capacity of about 950 megawatts – this is a total of 5,700 megawatts, which can provide consumption of about 4 million homes.

What happened at the nuclear power plant?

Authorities in Ukraine reported that a fire broke out In a building used for training and instruction located outside the power plant, after the Russians shelled the place. The first report came from a factory worker, who wrote in a telegram that Russian forces had shelled the facility and there was a “real threat of nuclear danger” At the largest nuclear power plant in Europe. ”

Ukrainian Foreign Minister Dmitry Kolba confirmed the reports and tweeted that “the fire has already broken out. If an explosion occurs, it will be 10 times larger than Chernobyl. The Russians must immediately stop the fire and allow firefighters to set up a security zone!”.

Russian army is firing from all sides upon Zaporizhzhia NPP, the largest nuclear power plant in Europe. Fire has already broke out. If it blows up, it will be 10 times larger than Chornobyl! Russians must IMMEDIATELY cease the fire, allow firefighters, establish a security zone!

Is there a threat of radiation?

Emergency services in Ukraine said the level of radiation and fire at the Zaporizhia nuclear power plant was “in the normal range”. An update to the agency’s official telegram account reads: “As of 02:26 in the city of Energoder, the third power unit has been disconnected from the Unified Energy System (only Unit 4 is operating). Out of 6 power units, one is currently operating. Radiation and fire safety conditions at nuclear power plants “.

U.S. Energy Secretary Jennifer Greenholm said that The reactors at the Zaporizhia power plant are secured using sturdy structures, and are in the process of being safely closed. She said the U.S. Department of Energy has deployed nuclear teams and is monitoring the events at the reactor.

Russia has already occupied the Chernobyl plant, located about 100 km north of the Ukrainian capital Kyiv. Can the severe nuclear disaster that struck it in 1986 happen again, this time in Zaporizhia? Some are optimistic and think this time it is a different case .

“The chances of an explosion and a nuclear collapse are low,” said Prof. Tony Irwin of the National University of Australia. According to him, these are reactors that are much safer than the reactors in Chernobyl and it seems that they have not been harmed yet. He stressed that they have built-in fire protection systems and emergency cooling systems for backup.