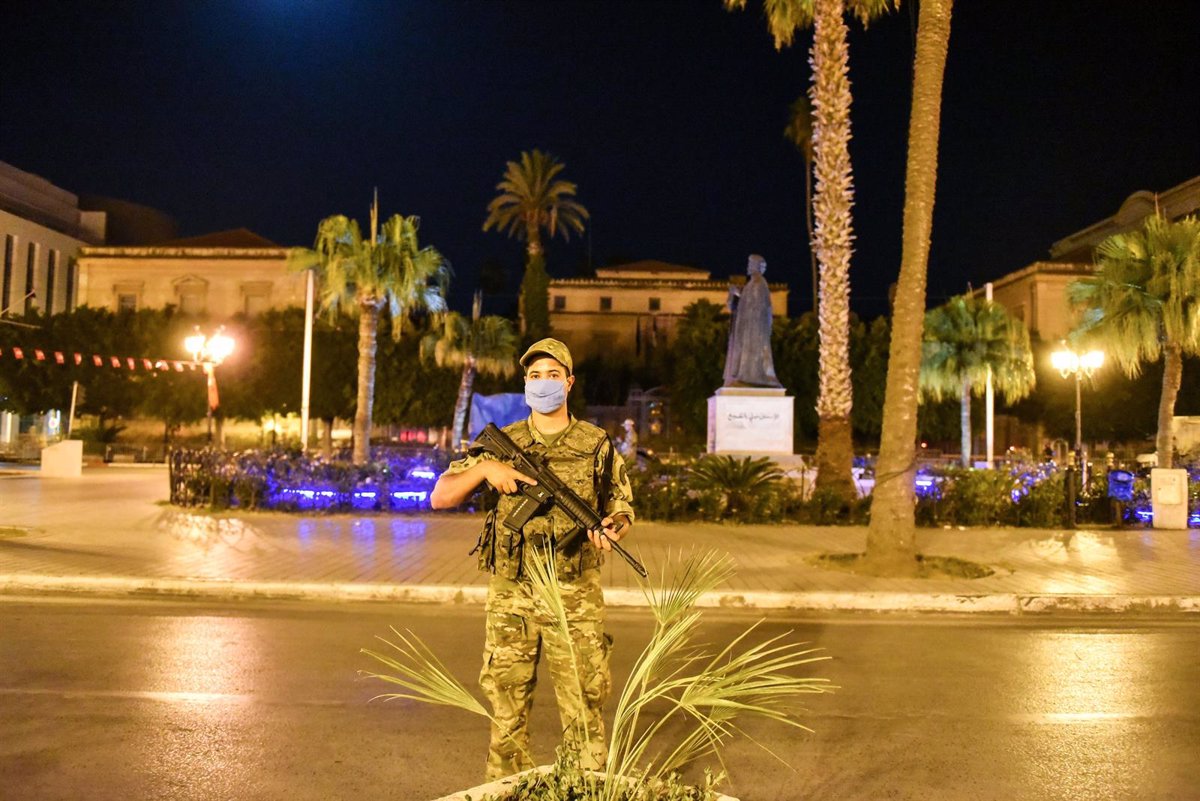 The president of Tunisia, Kais Saied, has dismissed this Monday the ministers of Defense and Justice, Ibrahim Bartaji and Hasna Ben Slimane, respectively, as well as the Interior Minister, Hisham Mishi, several hours after having done the same with the prime minister , Hichem Mechichi.

Public officials and others in charge of economic and organizational administration who work in the aforementioned ministries will continue to carry out their duties until the next managers of these portfolios are appointed, reports the Tunisian agency TAP, citing the presidential decree.

Hours later, in a new presidential decree, Saied has ordered from this Monday a call between 7:00 p.m. and 6:00 a.m., local time, until next August 27, except for those citizens who must go urgently to medical centers or those who work night hours. It also establishes the prohibition of meetings of more than three people in public spaces.

At the same time, it has ordered the suspension of work in public administrations and departments, both local and national, from Tuesday for two days. A measure that could be prolonged, according to another of the presidential decrees that have been issued throughout this Monday.

However, each administration and ministry are obliged to maintain a minimum number of workers, all of them of lower rank, and minimum services so that they provide essential services both in person, but preferably electronically.

Public security forces, the Armed Forces, customs officials, workers in the public health system and teaching staff in educational centers at all levels are exempt from this prohibition.

COMMITMENT TO RESPECT FOR RIGHTS AND FREEDOMS

Throughout this Monday, Saied has held meetings with representatives of Tunisian civil society, to which he has stressed his commitment to freedom and fundamental rights, reports the TAP agency, echoing the statements of the president of the National Union of Tunisian women, Radhia Jeribi.

In a meeting in which the country’s unions have also been present, Jeribi said that Saied has stressed that these measures are of a “temporary” nature and that they have been taken “due to the dangerous situation” that existed in the country at the national level. political, economic, social and health.

Saied has let them know, he says, “that he could not sit idly by in the face of the rotten political situation in Parliament, the growing state of social tension and the deterioration of the health, economic and social situation” and added “that no there is a way to return to repression, “and he has ruled out at all times that he had planned a coup.

Although the Constitution of Tunisia does not allow the dissolution of Parliament, it does endorse the suspension of its functions for a period of 30 days, something to which the president of the country has accepted to justify his decision.

The Tunisian president’s decision came after Sunday’s day of protests in the country’s main cities against the Mechichi government’s management of the health and economic crisis, further deepened by the coronavirus pandemic.

Since the early hours of this Monday, followers of the Islamist Ennahda party and President Saied have staged clashes in front of Parliament after the president’s decision to suspend the legislative body and dismiss Mechichi. Although for the moment the protests have passed without major incidents.

The president also affirmed that this decision implies the withdrawal of the immunity of the parliamentarians and said that he would assume the presidency of the Prosecutor’s Office to proceed to those who have pending cases, within the framework of a series of decisions “to save Tunisia, the State and the Tunisian people “, in his words.

In response to this decision by Saied, the leader of Ennahdha and president of the frozen Parliament, Rached Ghannouchi, has published a message on his social networks in which he calls this movement a “coup” and has invited members of his party already the country’s population to “fight” it.