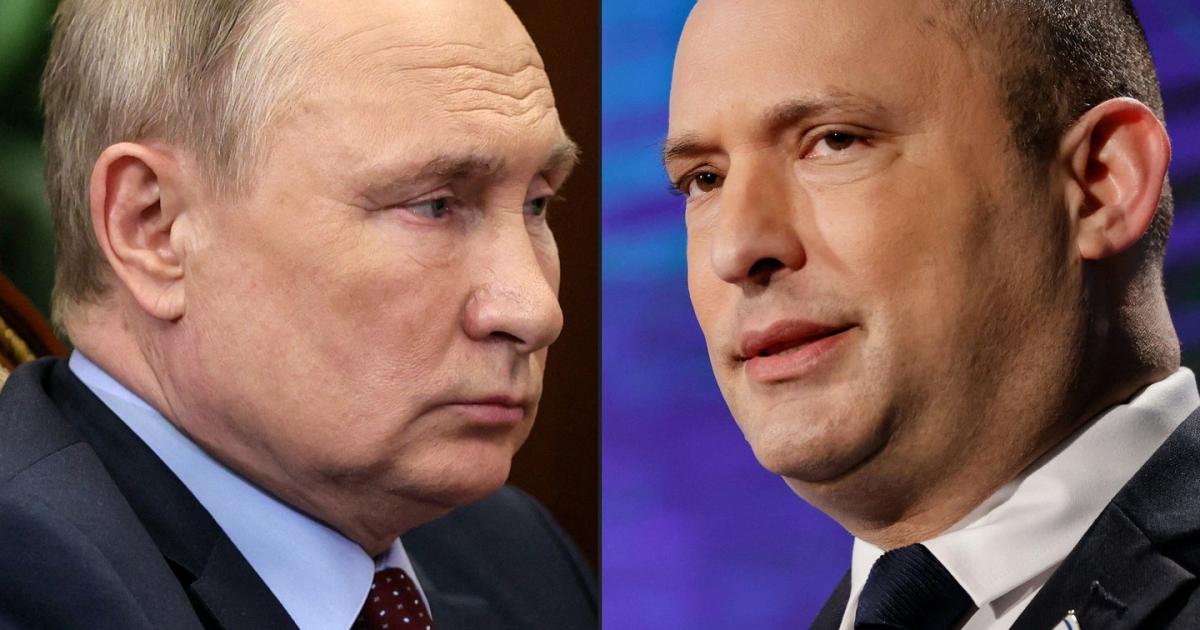 Israel is being discussed as a mediator in the Ukraine conflict. According to media reports, Ukrainian President Volodymyr Zelenskyj Bennett is said to have asked Bennett to organize negotiations between Russia and Ukraine in Israel a week ago.

According to Bennett’s office, the meeting with Putin was attended by Israeli housing minister Seew Elkin, who is helping with the translation. Elkin comes from the Ukrainian city of Kharkiv and is considered a Putin expert. He had also always attended meetings between Bennett’s predecessor, Benjamin Netanyahu, and Putin.

Bennett flew to Moscow in the early hours of Saturday morning, following a meeting with Putin on Wednesday, his office also said. As a religious Jew, Bennett is only allowed to travel on the Jewish day of rest, the Sabbath, if it is about saving human life. Bennett also spoke to Selenskyj on the phone on Wednesday.

Selenskyj, himself of Jewish descent, had recently expressed disappointment at what he believed to be the lack of support from Israel. According to media reports, Bennett had refused Selenskyj’s requests for arms deliveries.

Israel has good relations with both countries, but also finds itself in a conflict. It does not want to upset its main ally, the United States, but at the same time depends on Moscow’s goodwill for strategic reasons, including in the conflicts with Syria and Iran.