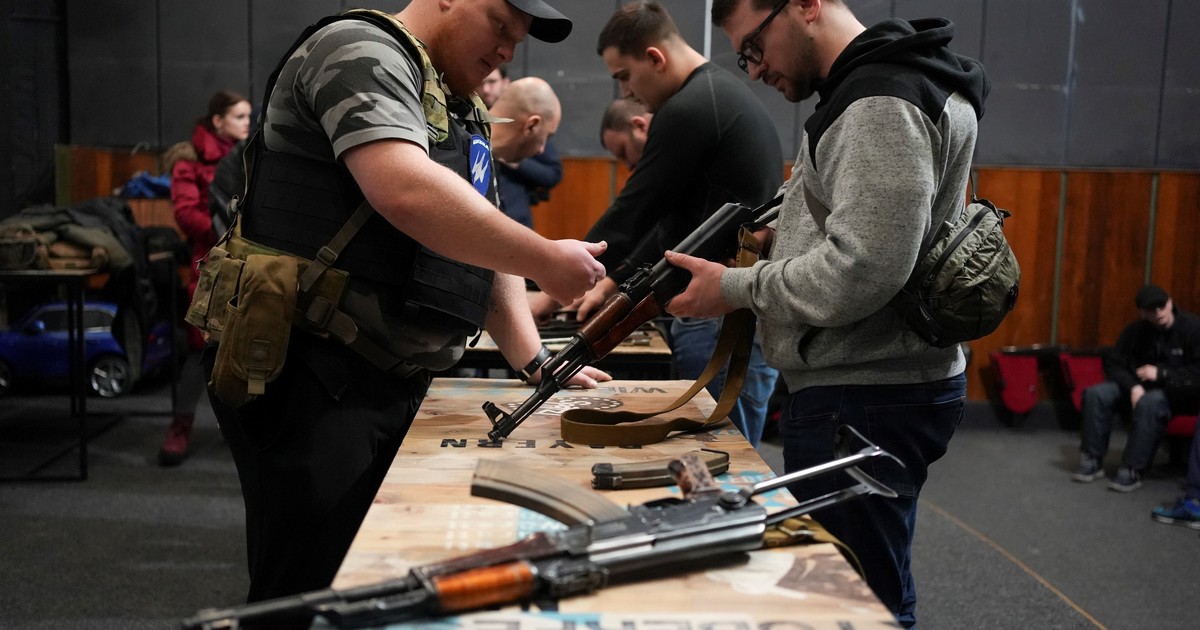 With the advance of Russian troops on Ukrainian territory and the latent fear of a total destruction of the nation, the Ukrainian embassy opened a announcement for Argentine volunteers to enlist to go fight for the country in the war against Russia.

It is a volunteer created just over a week after the beginning of the bombing in Europe, which was disseminated through the official social networks of the consulate in Argentina.

The information about it was published together with an illustrated flyer with a blue tinted image showing a soldier carrying a gun.

Dear Friends,
To consult the topic of volunteering, please write to the email
✉️ [email protected]
We are touched and extremely grateful for your support! pic.twitter.com/8OovDM2jIW

In yellow letters, it announces: “Help defeat Russian aggression! Fight for Ukraine. Enlist for the International Legion,” the banner reads.

Regarding the call, from the embassy they wrote: “Dear friends, lately we have received hundreds of messages and calls of the volunteers who have declared their readiness to go and fight for the Ukraine. We are moved and extremely grateful for your support!”, They told about the situation for which they decided to take this initiative.

And they detailed: “To consult the topic of volunteering, please write to the email [email protected] Take note. Due to the high number of messages, we may take time to respond,” they concluded and thanked for the understanding.

Although the post indicates that the volunteering is to go to fight in the conflict zones, as hundreds of Ukrainian civilians and others from neighboring countries are doing to stop the Russian invasion in the different cities, they later remarked that “any type of help will be helpful.”

In other words, there is also the possibility of making oneself available to the country to carry out other actions that do not involve direct confrontation, such as the adoption of orphaned children, receiving refugees, collaborating in the reconstruction of destroyed places or even donating money.

Regarding donations, the Ukrainian diplomatic headquarters in Argentina published on several occasions the number of bank accounts for those who wish to contribute money to help rebuild the country that is still in the midst of conflict.

The consequences of war. A destroyed bridge and hundreds of people fleeing the bombing. Photo: AFP

In a post three days ago, they explained: “We suffered significant damage, caused by the Russian aggressor on all sides, in large cities and small villages, infrastructure, residential areas, which is causing numerous civilian casualties. Russia is cruelly killing the Ukrainians, to our innocent men and women, boys and girls!” they said about the current situation.

And they requested: “We would be very grateful to you, for any type of help and support, be it verbal or material, of a financial or humanitarian nature for our country”, they said and pointed out the bank accounts to which to send the aid.

Likewise, they clarified that -once the transfer is made- they send the receipt to [email protected]