More than a thousand marched in Tel Aviv against Russia 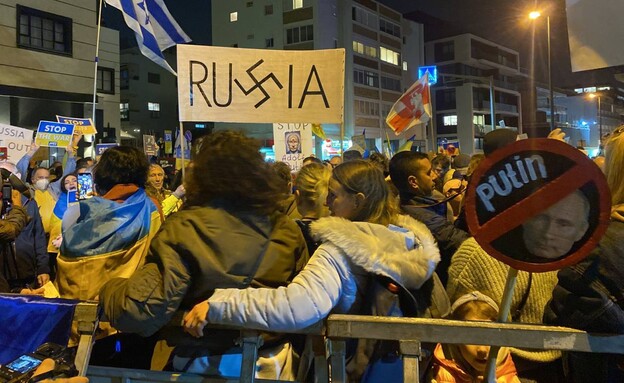 Meanwhile, two people were injured in the afternoon in a fight between supporters of Ukraine and supporters of Russia in Ashdod. The two were evacuated for medical treatment in the emergency department at Assuta Hospital in Ashdod under the influence of alcohol, with injuries to the head and limbs.

Dr. Debra West, director of the hospital’s emergency department, said: “This afternoon, two people with multiple head and limb injuries arrived at the hospital by the police, both under the influence of alcohol and alcohol. “The hospital’s emergency department has treated a lot of unique cases, but this is the first time we are treating the wounded following a war outside Israel’s borders.”