Situation in Sumi downright dramatic: “My grandparents have been in the basement for almost three days, without food, heating, water” 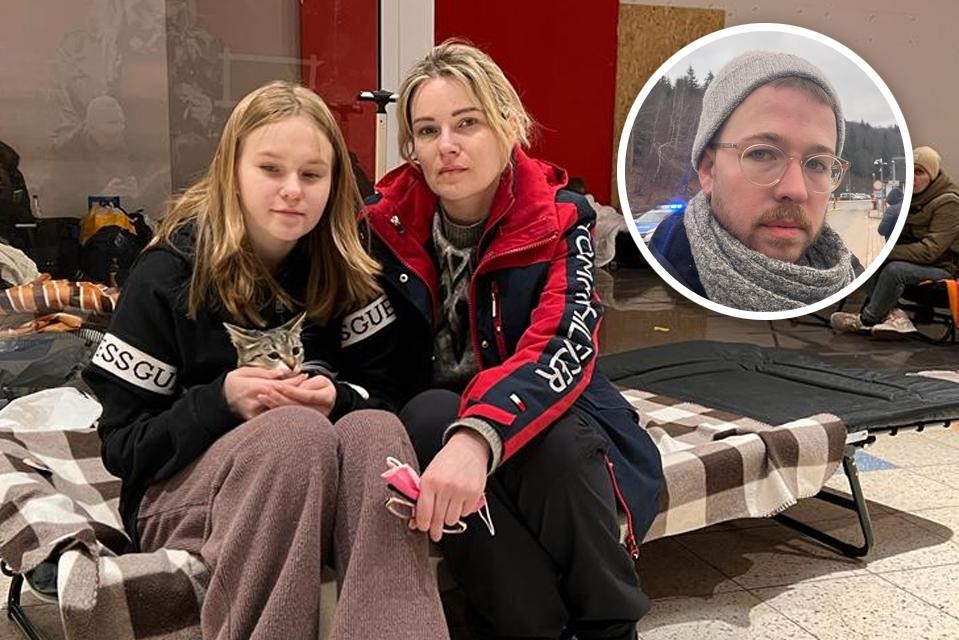 In the Sumi region, in the northeast of Ukraine, the shelling continues unabated. That said Dmitri Zhivitsky, the head of the regional government, on Sunday night on his Telegram channel. Mariia, a woman who fled Sumi but still has family there, confirms the shelling. “My grandparents have been in their basement for three days and heard the bombs drop.”

Sumi is barely fifty kilometers from the Russian border, in eastern Ukraine. Mariia Hrinchenko fled with her niece Ellapierra when the first bombs fell. Her husband stayed there because he wants to take up arms against the Russians. Her grandparents also stayed behind. “They are 83 and 86 years old and didn’t want to leave their home,” she says. “But now they have been without electricity, water or heating for three days. There is still a patch of mobile network now and then, but communication is difficult. Last I heard, they can’t get out of their basement. They hear the bombs fall. They are terrified. Me too.”

According to the Ukrainian government, the region is “on the brink of a humanitarian catastrophe”. Mariia’s neighbors in Sumi say that the last humanitarian aid convoy drove into the city on Thursday and that the medical aid stations are almost without supplies.

“We live in a big house, my husband is a lawyer. And look at us now”

Because Sumi is so close to the Russian border, Mariia was one of the first witnesses to the raid. “At 5:30 am we heard the first explosion and we left,” she said earlier. “Six hours later the city was surrounded.” She was prepared. “My husband said two weeks ago: there is going to be a war, get ready.” And she was: she even had things to survive in the woods for a while. In case the escape routes to Poland would no longer be accessible. “To flee our region, you have to cross a lot of bridges. This is usually the first thing attacked in a war. We had a bivouac and other gear to escape into the woods.”

She made it to the border at Medyka in time. “This sounds inappropriate, but I never thought this would happen to me. We live in a big house, my husband has a good job as a lawyer. We have friends all over the world. We’re right! And look at us now.”

She also said she is not afraid of the Ukrainian fighters. “They are the strongest warriors on Earth. We fight like lions. My husband is also a warrior. He’s going to volunteer to push the Russians back home, but I’m so scared of the bomb.” She was, of course, referring to Putin’s nuclear threats. “He’s not bluffing, he’s capable of it. I’m sure of it.”