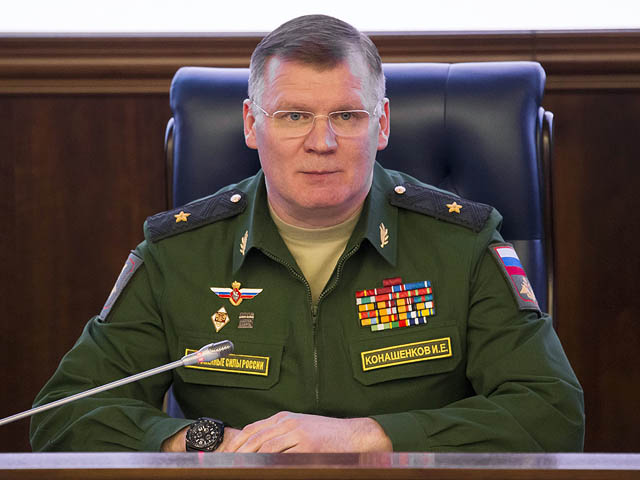 The official representative of the Russian Defense Ministry, Major General Igor Konashenkov, at a briefing on the morning of March 6, reported on the successes of the pro-Russian forces and the Russian army waging war against Ukraine.

He listed the Ukrainian settlements blocked and captured by the Russian military and armed forces of the LPR/DPR.

Konashenkov said that the Russian armed forces continue to strike at the military infrastructure of Ukraine, mentioning that on the evening of March 5, a “massive strike was carried out, as a result of which 61 objects of the military infrastructure of the Armed Forces of Ukraine were hit, including: 22 units of weapons and military equipment in the underground shelter, command post of the brigade, 9 depots of ammunition and logistics and 3 radar posts. “On the morning of March 6, a long-range high-precision weapon was struck. The airfield of the Ukrainian Air Force in Starokonstantinov was put out of action,” Konashenkov said.

According to him, over the past day, fighter aircraft and air defense of the Russian Aerospace Forces shot down four Su-27 and one MiG-29 aircraft in the Zhytomyr region, Su-27 and Su-25 in the Radomyshl region, one Su-25 in the Nizhyn region, two Mi helicopters -8 in the Kyiv region, six unmanned aerial vehicles, including “Bayraktar TB-2”, bomber and attack aircraft hit 3 anti-aircraft missile systems “Buk M1” and 3 radar stations of the Armed Forces of Ukraine, the missile forces destroyed the S-300 anti-aircraft missile defense system .

In total, during the “operation” 2203 objects of the military infrastructure of Ukraine were hit, Konashenkov claims.

This time, Konashenkov did not speak about the losses of the parties. Recall that the night before, he first provided data on losses, saying that during the “special military operation” on the territory of Ukraine, 498 Russian servicemen were killed, 1,597 were injured.

Hurricane Yen hit Florida. More than a million consumers were left without electricity

Another gas pipeline damage was discovered, resentment toward Russia, and the statement “The character of the fight has altered”