In the face of Putin, Europe turns into a geopolitical force 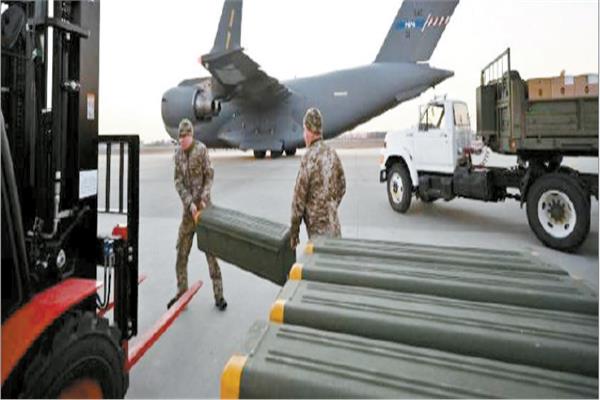 Whatever the final outcome of the Russian invasion of Ukraine, President Vladimir Putin has succeeded in fundamentally changing the security map of Europe and things will not return to the way they were before.

Across the continent, and most notably within the European Union, decisions have been taken that would have been unimaginable only a few weeks ago, as Brussels has gone further in its quest to become a geopolitical power in its own right than it has been in decades.

The trauma of war returning to the continent united the European Union’s 27 member states, as the bloc not only agreed to the strongest package of sanctions it had ever imposed, but also agreed to buy and supply arms to Ukrainians.

A continent that had spent most of the last millennium at war with itself united against the Russian invasion of Ukraine, as Germany reversed its historic policy against sending arms to conflict zones and even neutral Switzerland joined the rest of Europe against Moscow.

The EU’s wealthiest and most powerful member state has announced that it will double its defense spending, with its 2022 military budget expected to reach $100 billion.

Germany has for years had friendlier relations with Moscow and has refused to sell arms to countries embroiled in armed conflicts as part of a post-World War II doctrine of peace. More recently, Germany has not only refused to send its weapons to Ukraine, but has prevented other countries such as the Netherlands from sending their German-made weapons to Kyiv.

But Berlin dramatically reversed course over the weekend, announcing plans to send at least 1,000 anti-tank weapons and 500 Stinger anti-aircraft defense systems to Ukraine, paving the way for nearly the entire continent to join the fight.

Another notable shift that occurred behind the scenes in Brussels is the position of the so-called “neutral countries” in the European Union (Austria, Ireland, Finland and Sweden). These are countries that consider themselves non-militarily allies, even if they are politically allied with the European Union and its global allies.

For the first time ever, the European Union has approved direct funding for the purchase and delivery of arms, with plans to send more than half a billion dollars in military aid to Ukraine.

Sweden, which is not part of NATO and has maintained a policy of neutrality during both World Wars and the Cold War, announced last Monday that it would send 5,000 anti-tank weapons to Ukraine.

The Swedish government said it was the first time the Scandinavian country had sent weapons to a country at war since 1939, when it helped neighboring Finland against the Soviet invasion.

The Swiss government also announced last Monday that it will join the European Union’s sanctions against Russia, preventing entry to some high-ranking Russians with Swiss contacts and closing Swiss airspace to Russian flights.

This move is important not only symbolically, but because the notorious secret Swiss banks are the favorites of the Russian oligarchs.

There are still many painful months, no matter how this crisis ends. If Europe wants to emerge from it stronger and safer, it must build on the progress made in the past few weeks.

If you fail to do so and relive the past, you may find that the next crisis on the continent cannot be resolved by quick sanctions and throwing money at a third party, as happened with Ukraine. In particular, if that crisis occurred within the boundaries of the bloc itself.