Volodymyr Zelensky: If they don’t send help, “they want us to be killed slowly” 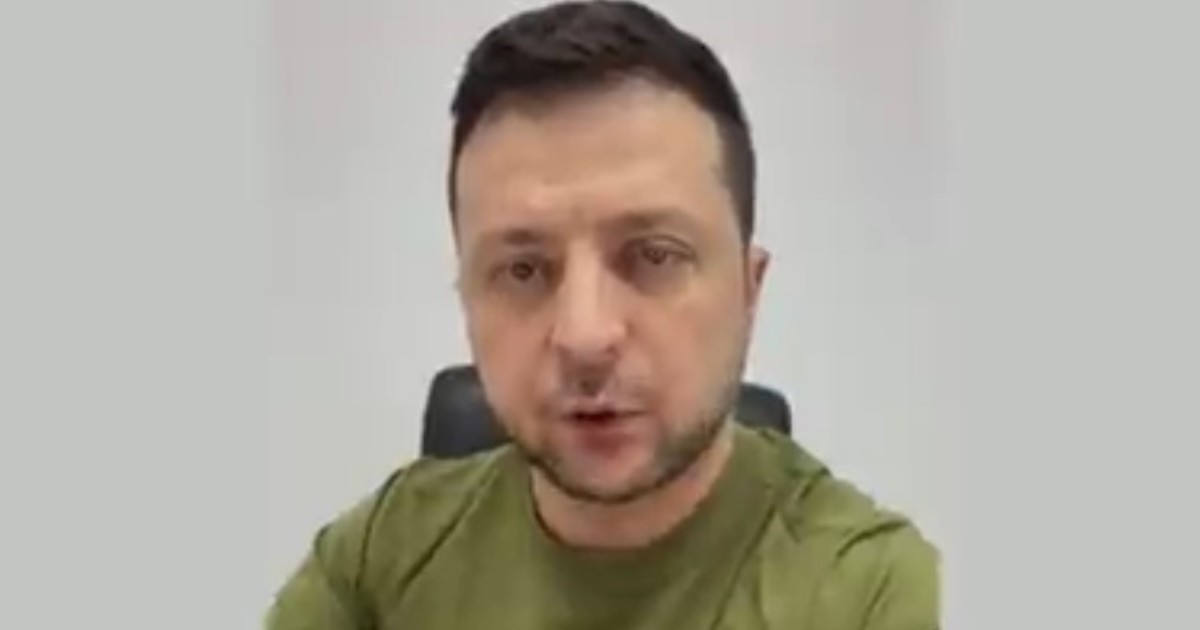 In a dramatic message, the President of Ukraine, Volodymyr Zelensky, denounced the destruction of an airport by Russian missiles and again asked NATO to declare a no-fly zone over his country.

It was after the impact of eight missiles in the terminal located near the Vinnytsia area in the west of the country.

“The brutal and cynical missile attack left the airport completely destroyed. They (the Russians) continue to destroy our infrastructure, our life, which we built, our parents, our grandparents, generations of Ukrainians (…),” he said.

In the message, which lasts approximately a minute and a half, the Ukrainian president placed the responsibility for the fate of his country on assistance they may receive from abroad.

“We repeat every day: close the sky over Ukraine. Close it for all the Russian missiles, for the planes, for all these terrorists. Make a humanitarian air zone without missiles, without bombs”, he addressed the NATO allies again.

Establishing a no-fly zone would serve to neutralize Russia’s air advantage in combat. But NATO members have already ruled out the move, as it would mean escalating the conflict and involving more countries. Vladimir Putin himself has already warned that he will consider “a declaration of war”.

That is why Zelensky appealed to sensitivity to try to reverse the decision, or at least add international pressure. For several days he has insisted on this claim.

“We are people and it is their humanitarian duty to protect people and they can do it.”

“If they don’t, at least give us planes so we have a chance to defend ourselves. Otherwise, we are left with only one conclusion: you also want them to kill us slowly“, threatened the president.

“This is the responsibility of the world’s politicians, Western leaders. Today and always,” closed Zelenski, who has been expressing himself through social networks to ask for help or deny information for several weeks.

Putin’s threat to the no-fly zone

In an act with an employee of the Aeroflot company, President Vladimir Putin warned on Saturday about the no-fly zones in Ukraine that Kiev claims from NATO countries. “Any movement in that direction will be considered by us as participation in the armed conflict by that country, regardless of the organizations to which they belong,” Putin said.

Putin stressed that they would consider “any movement in that direction as participation in the armed conflict” by the third country that makes it. He would create “a threat against our military,” he said.