The importance of Israel in the mediation between Russia and Ukraine 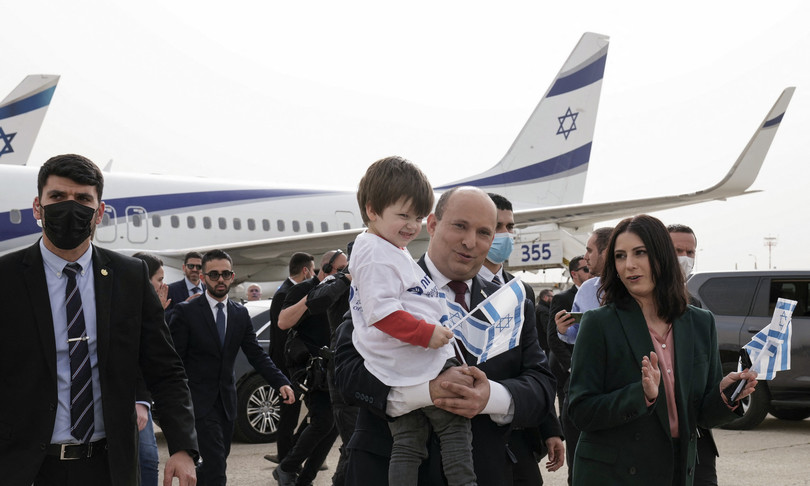 “Israel has a moral obligation to try to put an end to human suffering in the war in Ukraine”. These were the words with which the Israeli Prime Minister, Naftali Bennett, opened the usual Sunday morning cabinet meeting. Clear words that highlight the precise will of Jerusalem to play a leading role therefore, not only as a spectator, in the mediation between Russia and Ukraine to put an end to the conflict.

Bennett is returned to Israel after meeting Putin in Russia (he is the first leader to have traveled to Russia after the start of the conflict), German Chancellor Olaf Scholz in Berlin and also spoke with the Ukrainian president, Volodymyr Zelensky, three times in 24 hours on the phone.

“I went to Moscow and then also to Berlin – said Bennett – to try to help create a dialogue between all the parties and even if the possibilities are not great, it is Israel’s moral responsibility to make every possible attempt”. After all, Israel has excellent relations with both Russia and Ukraine. For historical reasons, a huge community of Russian Jews lives in Israel while also in Ukraine it is estimated that there are at least 50,000 Jews (including President Zelensky himself).

“The situation on the ground is not good – continued Bennett – the human suffering is great and can become even greater if things continue like this. There are Israelis who are there and who need to go home and Jewish communities in difficulty who have need help”.

According to diplomatic sources, in their interview, Bennett and Putin they would have talked at length, among other things, about the situation and fate of the Jewish communities involved, during and after the conflict. They would then have agreed to continue to stay in touch regarding the situation in Syria: Israel has in fact committed to continue coordinating with Moscow before the air strikes on Iranian targets in Syria, an ally of Moscow.

During the conversation with Putin, probably not surprisingly, he was also present alongside Bennett the Minister of Construction and Construction Zeev Elkin, who acted as translator. He was born in Kharkiv, has a brother in Ukraine and has been an interpreter on various state visits between Israel and Russia.

According to some Israeli press sources, it was Kiev that asked Israel to have an active and primary role in the negotiations. Israel condemned the Russian invasion of Ukraine through Foreign Minister Yair Lapid, albeit Bennett he was reluctant to say anything about Russia.

In his recent statements he has however expressed support for the Ukrainian people and called for negotiations, as well as welcoming refugees from Ukraine today. Meanwhile, in a televised interview today, Zelensky said he was “grateful to Israel for its support for Ukraine.” We need the support of all countries – said the Ukrainian president – and we talked about the support we have. need now and how we will cooperate in the future after the war. ”

Bennett’s lightning trip, which started on Saturday despite Shabbat (which says a lot about how urgent and urgent the subject was), had been coordinated in advance with the allied principalities of Israel, France and Germany, but above all the United States. .

Turkey has also been informed, as Bennett’s flight route was on their territory, not least because Israeli President Herzo will be in Ankara on a historic visit on Wednesday. Meanwhile, the country is also actively taking steps to give concrete aid to the Ukrainian populations.

Israeli Foreign Minister Yair Lapid has instructed the ministry and the Mashav, the Israeli development and aid agency, to urgently proceed with the establishment of a refugee assistance center which will serve all Ukrainians fleeing the war, Jews or not, also providing them with winter equipment, tents, blankets, medicines, food.

In addition, a field hospital will be erected in Lviv in the coming days with the coordination of the Sheba Medical Center and the Clalit health insurance fund, one of the largest in the country. The field hospital will include maternity and pediatric wards, an emergency room and a telemedicine area that it will also allow doctors in Israel to help refugees remotely.

The fact remains that Israel’s position is delicate. It is no coincidence that the Israelis have imposed fairly limited sanctions on the Russians: the private jets of the oligarchs can no longer land in Tel Aviv. But Israel has very close relations with them (some of whom are of Jewish origin), as they are often also donors and benefactors of the Jewish state.