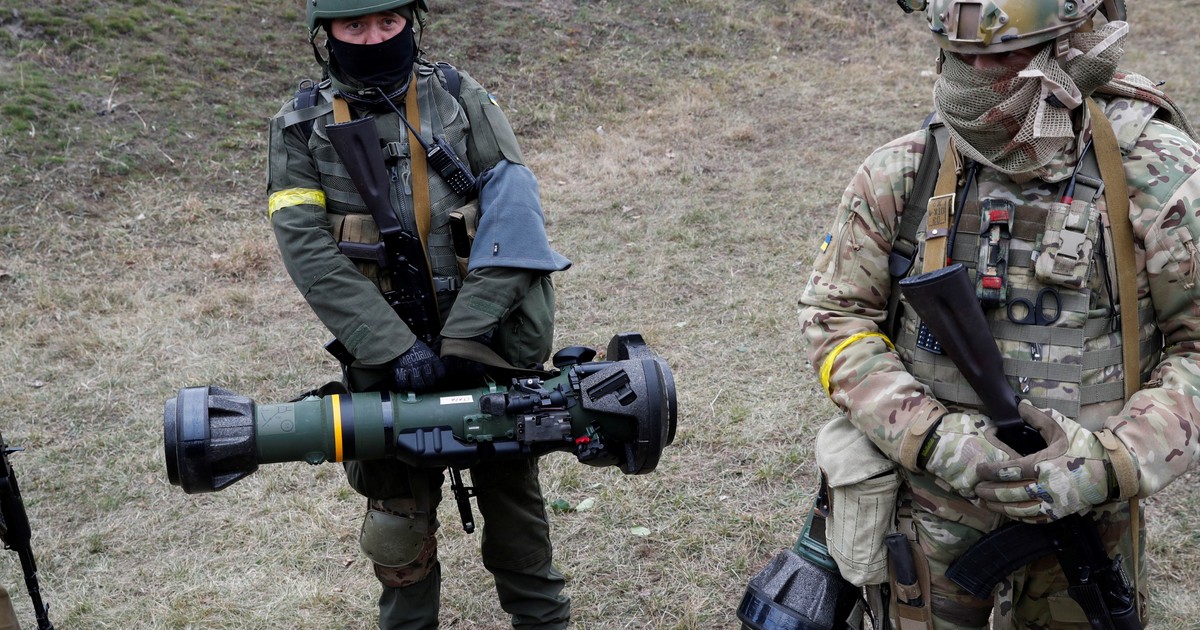 Frontex, the European border agency, considers that the war in Ukraine, a country of 44 million people that has armed its civilian population to resist the Russian invasion, can increase arms trafficking towards the European Union “to fuel criminality and eventually terrorism”.

“Arms trafficking, indeed, is something that we are going to monitor even more strongly. There is a risk that weapons will come from Ukraine to the European Union, perhaps linked to criminal trafficking to fuel criminality and eventually terrorism in the EU,” the agency’s executive director, Fabrice Leggeri, told EFE in an interview.

The agents of Frontex, a Warsaw-based agency that currently has about 850 office employees and about 2,000 guards on the ground, are “very attentive to new arms circulation routes that could develop as a result of the new situation in Ukraine” .

“It is also conceivable that they circulate to the Ukraine to arm the Ukrainian resistance and the population that decides to take up arms to fight against the invasion“Agrega Leggeri.

Arms trafficking to the EU “is important in the Balkan region”, acknowledges the senior European official, who adds that other forms of crime such as drug trafficking or stolen cars are also persecuted in the area.

Migratory flows respond to different causes, but there is a way to employ migrants as a weapon to exert political pressure which in military doctrine is included in the category of “hybrid threat”.

The president of Belarus, Aleksandr Lukashenko, has resorted to this form of pressure against the EU “starting in the spring of 2020”, launching thousands of immigrants against the borders of Latvia, Lithuania and, above all, Poland, where there was a “Strong tension that became military tension,” says Leggeri.

“Belarus has used migratory flows as a form of pressure as a hybrid threat (…) and has caused the arrival of more than 10,000 immigrants who crossed the border irregularly”, says the director of Frontex, However, the president of Russia, Vladimir Putin, has not resorted to that tactic since that started the invasion of Ukraine just over a week ago.

“Currently we have no indication that Russia is using refugees as a weapon of war or as a hybrid threat against the European Union. The situation is that unfortunately there is a conflict and people fleeing to protect themselves,” he says.

Those Ukrainian refugees, around a million people and now they are mainly concentrated in Poland, they will have protection in the European Union.

The Twenty-seven have activated a directive from 2001 approved after the Balkan wars following the disintegration of Yugoslavia and which has never been used until now.

It will be provided to people who have fled from Ukraine whatever Member State they are in, a residence permit, access to the labor market and housing, and medical and social assistance.

Frontex, which is deploying an additional 150 agents to the Romanian-Ukrainian border at the request of Bucharest, assists in this flow at a technical level, facilitating the corresponding registrations of refugees with the aim of “quickly bringing in Ukrainians” fleeing from war.

Civilians escaping bombs they meet upon arrival in a European uniform as Frontex border guards are the only public servants in the European Union who have one, blue in color.

“It is the first time in the history of the European Union and it is something that, unfortunately, is not widely known because we began to deploy the European Border Corps during the pandemic,” says Leggeri.

The executive director of Frontex, an agency that is scheduled to reach 10,000 troops in 2027, compares the “very close cooperation” in border control between national and community authorities with a one euro coin: the emblem of the Member State in which an emblem of the European Union common to the Twenty-seven has been minted on one side and on the other.