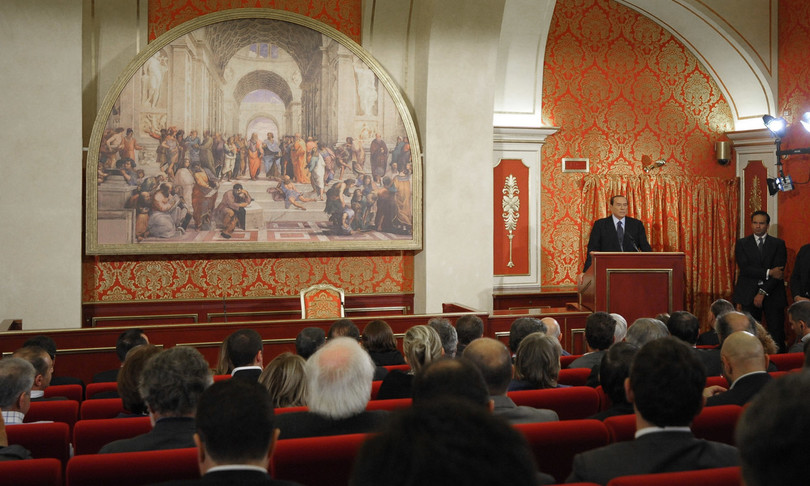 “We are entering a new era. That of political professionalism. We want rekindle a sense of responsibility and enthusiasm in our future politicians in pursuing the pro-European, Atlanticist, guarantee, Catholic and liberal ideals with competence, seriousness and concreteness “.

Under the photo of the former premier Silvio Berlusconi, a few lines explain what the objectives of the Universitas Libertatis are, the school founded by the Knight and to which the former premier has assigned some spaces of Villa Gernetto, the eighteenth-century residence in Lesmo (Monza and Brianza), in a panoramic position over the Lambro valley.

The villa, purchased by Fininvest in 2007, it has been refurbished and will now house students. In fact, lessons will start on Monday. After years of projects and interrupted paths, Silvio Berlusconi’s latest dream becomes reality after the agreement with the telematic university Niccolò Cusano. The first activated master concerns political training but ten more will start from April.

“The course will have two parts – Professor Anna Pirozzoli, director of the University of Freedom, explains to AGI – One will be telematic, the other in presence. In addition to the classic lessons, politicians and CEOs of important companies will bring their experiences, giving a concrete vision “.

Among others, the undersecretary to the presidency of the Council of Ministers Giuseppe Moles and the number one of the National Institute for Microcredit Mario Baccini will hold ‘lectio magistralis’. “Our goal is train politicians who have skills because production decisions can only be made on the basis of these “explains Pirozzoli, who adds:”The next courses will be on ecological transitionon digital and international relations “.

Stefano Bandecchi, founder of Unicusano and president of Ternana Calcio is also enthusiastic: “Shall we realize Berlusconi’s dream? I hope so – he says – but it should be the same as all Italians. In politics we need qualified people. Just remember the old ones. sections of the Communist Party or the DC, were exceptional. Even now when we listen to politicians of eighty or ninety years of age we are amazed by their preparation “.