Warsaw freezes Washington, “we will not hunt down Kiev” 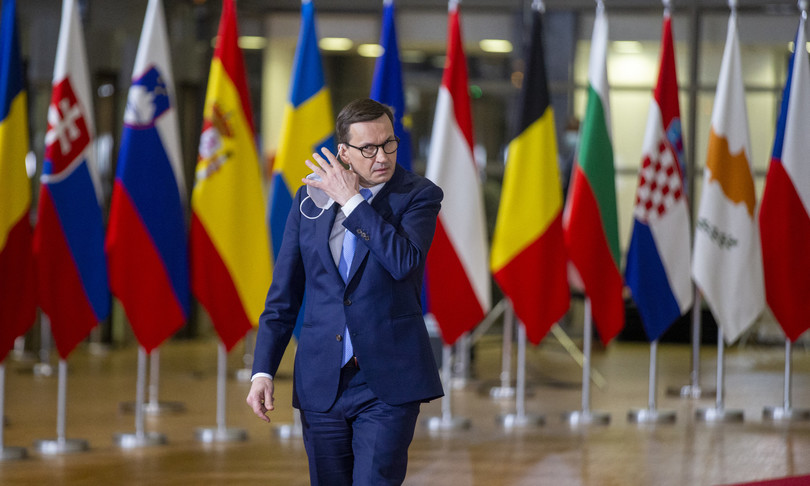 Washington’s strategic move to help Ukraine turned out to be first a hypothesis, then a yellow one, ending in a strategic flop.

Poland stopped in the bud the possibility that Warsaw could supply Ukraine with old military aircraft to respond to the Russian invasion.

It is unclear whether it was just planes, or even pilots. But the jets were part of the remnants that each country of the former Soviet bloc inherited after the end of the USSR in 1991.

Everything had been born, in a secret way, in the last hours. The United States was exploring a complicated deal with Poland that involved an ‘aircraft swap’: Warsaw would send old Soviet-made jets to Kiev in exchange for American F-16s. The agreement would have required the go-ahead from Congress but something went wrong.

The meeting via Zoom between Ukrainian President Volodymyr Zelensky and 280 members of Congress was to remain secret at the express request of Kiev, but this was not the case.

Two Republican senators, Marco Rubio and Steve Daines, revealed it on social media, posting photos, and in fact sabotaging everything. Rubio rejected this accusation, but on social media he was covered with insults. Someone recalled the alleged funding of over a million dollars donated by a Russian oligarch to his campaign.

What happened during the meeting has emerged in the last few hours, with the Wall Street Journal which revealed some background: the minority leader in the Senate, Mitch McConnell, asked Zelensky what was needed in Kiev and the Ukrainian president indicated the need for military planes to counter the Russians.

Zelensky returned to the hypothesis of the “no-fly zone” on the skies of Ukraine but added, through an interpreter, “if you can’t declare it, at least give me the planes”.

In the same hours the Russian president Vladimir Putin warned NATO countries that the imposition of a no-fly zone in the skies of Ukraine would amount to a declaration of war. The Kremlin, having learned of the meeting via Zoom, then added: “Whoever hosts Ukrainian jets will be involved in the war”.

Would the ‘exchange of goods’ between Washington and Warsaw have circumvented this situation? The White House confirmed the hypothesis: “We are working with the Poles on this issue and are consulting with the rest of our NATO allies.” The same secretary of state, Antony Blinken, had opened up to the possibility.

But then came the denial from Warsaw. The prime minister Mateusz Morawiechi wrote on Twitter: “Poland will not hunt Ukraine in the same way as it will not make airports available. We are concretely helping the Ukrainians but in other areas ”.

And among these there would be no military one. Meanwhile, for the second time in a row, the humanitarian truce in Mariupol has been skipped. Zelensky launched a new cry for help and asked the leaders to declare the no-fly zone: “Do you want them to kill us slowly?”.