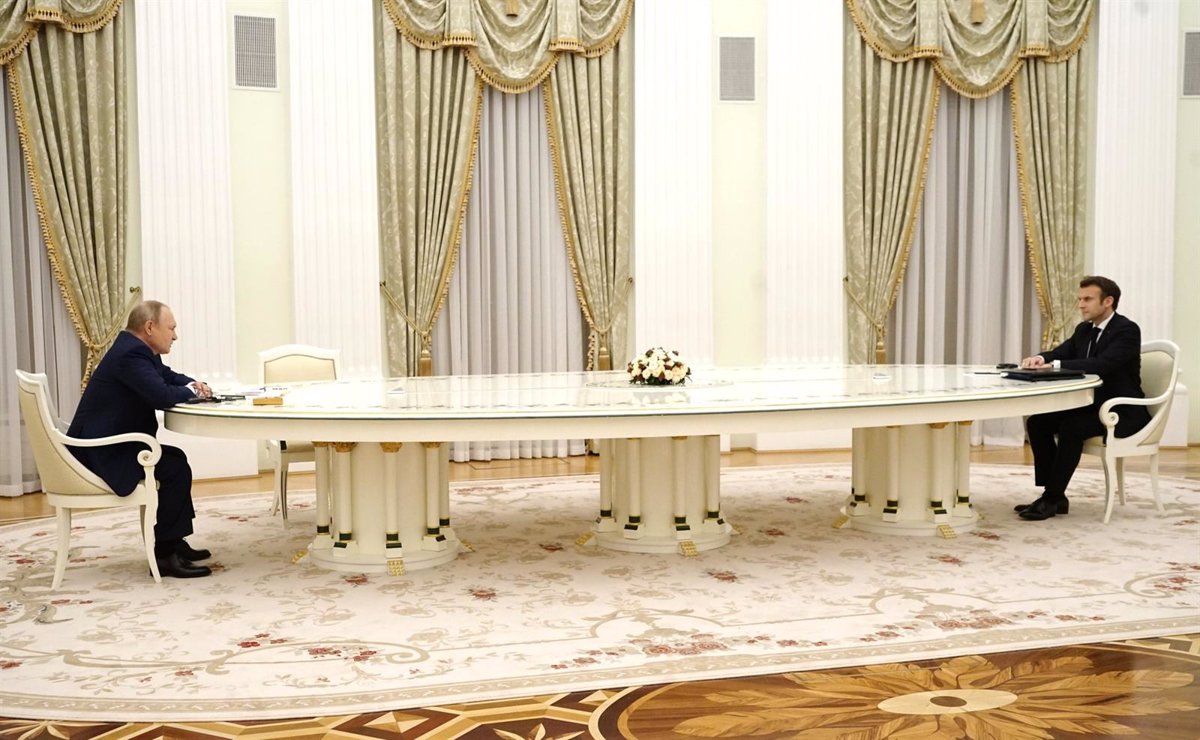 Last Friday’s attack on the Ukrainian nuclear plant in Zaporizhia, which generated fears of a fresh nuclear disaster similar to Chernobyl in 1986, was blamed on “Ukrainian extremists” by Russian President Vladimir Putin.

On Saturday, Putin informed Macron that radiation readings at the plant are “normal” and that the facilities are currently under the care of a hybrid team of Russian and Ukrainian security officers.

The attack on Europe’s largest power plant resulted in a fire that was eventually put out.

Russia had previously stated that operations were proceeding normally, and had already blamed the fire on Ukrainian “saboteurs,” which Kiev had attributed to a Russian Army missile attack.

Putin told Macron about his thoughts on the invasion of Ukraine during a protracted phone call – about two hours, according to TASS – in which the attack on the plant was a major topic.

“The nuclear power plant continues to work smoothly, with Russian military assisting the Ukrainian guard unit and personnel. The radioactive background is normal, and all of these facts have been formally validated by the IAEA. The plant’s physical and nuclear security is well protected “Macron was told by Putin.

According to a statement released by the Eliseo after the talk, Macron expressed “grave concern” about the “risks to security and nuclear assurances” posed by the military invasion of Ukraine and called for “active measures” to address the issue.

As a result, he added, the president “has emphasized the fundamental necessity of avoiding any attack on the integrity of the Ukrainian civilian nuclear facilities” and requested “to ensure their safety, in accordance with IAEA norms and proposals (Rafael Grossi).”

“The Russian president has approved that the OEIA take on this duty immediately,” the Elysee stated, adding that Macron “has emphasized the necessity of the framework being truly assured under the jurisdiction of the appropriate authorities.”

Macron, on the other hand, has demanded that Putin “respect Humanitarian Law, the protection of civilian populations, and the delivery of humanitarian aid,” while also opting for “a negotiated solution that is fully acceptable to the Ukrainians” and expressing concern about a “imminent attack on Odessa.”

The takeover of Zaporizhia was confirmed early Friday by Ukraine’s National Nuclear Regulatory Inspectorate, who added that “staff remain at their jobs, with operational staff supervising the status of the generation units and ensuring that they operate in accordance with the procedural requirements for safe operations.”

Following that, the Russian government emphasized that operations at the plant – which it claimed it had taken over on Monday – were continuing normally, and accused Ukrainian “saboteurs” of the fire at the facilities that had been reported hours before, which Kiev had blamed on a missile attack by the Russian Army.

Grossi, for one, requested a meeting with delegations from Ukraine and Russia at the Chernobyl facility to discuss nuclear security guarantees. Similarly, despite the Ukrainian government’s denials, he stated that the building where the fire occurred “is a construction near to the reactors” and affirmed that there had been no rise in radiation levels.