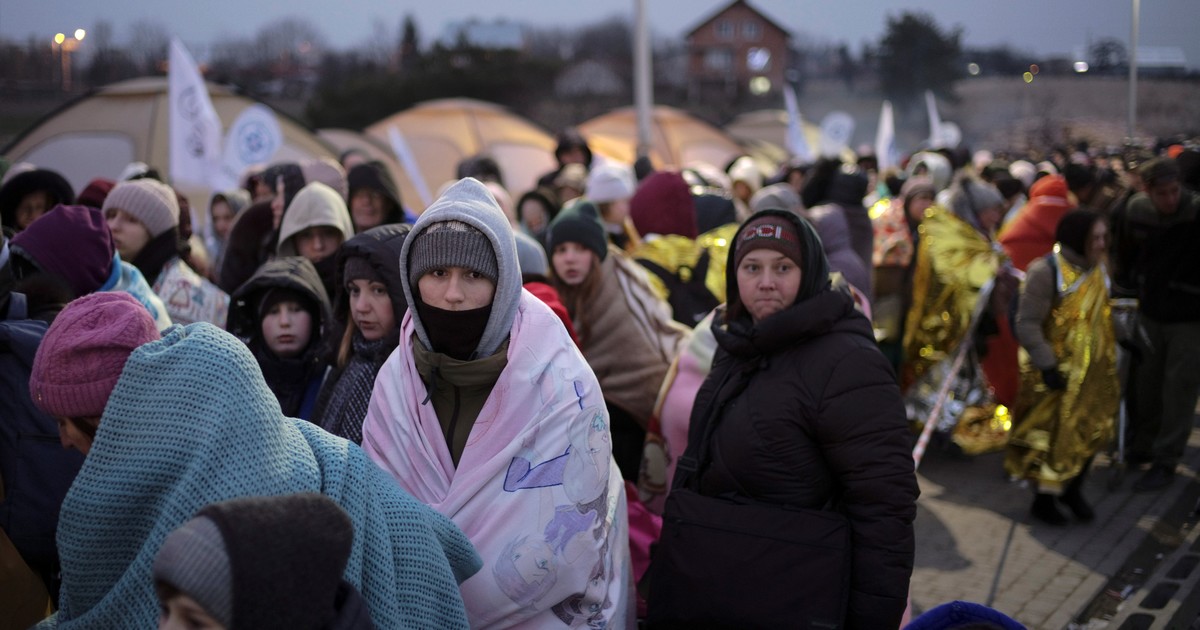 After two failed attempts, this Monday they will try reopen humanitarian corridors in the cities of Kharkov, Kiev, Mariupol and Sumy, in Ukraine, with the aim that the civilian population can leave these cities in the framework of the Russian invasion that has already lasted twelve days.

This was reported by the Russian Ministry of Defense through a statement, in which it specified that starting at 10 (local time) it will make a “regime of silence” to allow evacuation, for “humanitarian purposes”. For its part, the Russian news agency RIA Novotni He assured that it was a request made by the President of France, Emmanuel Macron, to the Russian leader, Vladimir Putin.

According to Ukraine, during the two previous tests, carried out in Mariupol, Russia did not respect the rules and continued with the bombing, when it was supposed to stop the attacks. In fact, its president, Volodimir Zelenski, assured this Sunday that the humanitarian corridors that had been promised him became “bloody corridors”

According to the Russian armed forces, a corridor will be opened from Kiev which will pass through the cities of Gostomel, will reach Chernobyl and the Belarusian town of Gden, to Gomel, also in Belarus, for the subsequent delivery of the displaced by air to the Russian Federation.

From Mariupol the exit will take place in two ways: the first route is from Mariupol to Rostov-on-Don, already in Russia, and then by air, rail and road transport to selected destinations or temporary accommodation points. The second would go from Mariupol to Mangush, in the Donetsk basin.

The route of Kharkov would reach Belgorod, already in the Russian Federation, until reaching the refugees by air, rail and road transport to selected destinations or temporary accommodation points; while from Sumy there would be two routes: the first to Belgorod (Russia) and the second to the Ukrainian town of Poltava.

Civilians cross amid the rubble of a damaged bridge in the city of Irpin, near Kiev. Photo EFE/EPA/Oleksandr Ratushniak

The Russian side has already informed the specialized agencies of the UN, the Organization for Security and Cooperation in Europe (OSCE) and the International Committee of the Red Cross (ICRC) that it is opening these humanitarian corridors in Ukraine, according to reports. this Monday the Coordination Center for the Interinstitutional Humanitarian Response.

“This information has been brought to the attention of the specialized agencies of the UN, the OSCE, the ICRC and other international organizations through all available information resources, including the media,” the center said. In addition, he specified that control of the evacuation will be exercised with the help of Russian drones.

“That is why we warn that all attempts by the Ukrainian side to deceive Russia and the entire civilized world that the humanitarian operation is supposedly interrupted because of the Russian Federation are useless and pointless this time,” the source said.

The latest attempt at a humanitarian corridor for civilians ended again with shelling by the Russians, according to Ukraine. Photo EFE/EPA/Oleksandr Ratushniak

The International Committee of the Red Cross (ICRC) said, meanwhile, that its role “is not and cannot be that of guarantor of a ceasefire agreement”, after the failure of two attempts to evacuate civilians from the city of Mariupol, in southeastern Ukraine, for violation of the temporary cessation of hostilities.

The Government of Ukraine had asked the ICRC to take charge of operating the humanitarian corridors that it had agreed with Russia to remove the inhabitants of the cities of Mariupol and Volnovaja (65 kilometers to the north). But the ICRC said that the problem lies in the absence of a detailed agreement on how these corridors should operate, since an agreement in principle is not enough.

According to the organization, the main details to be agreed upon are: evacuation routes, specific locations and times, as well as other logistical aspects; the people who could be voluntarily evacuated and whether the agreement also means that humanitarian assistance can be brought to the cities.

“The second attempt at a humanitarian corridor for civilians in Mariupol ended again with bombing by the Russians“, Gershchenko pointed out in his Telegram account, in which he released a video of Kalnya, from the Azov Regiment of the National Guard, in which he tells “how the occupiers broke for the second time the agreement on the opening of a humanitarian corridor for some 200,000 civilians”.

The city, located in southeastern Ukraine, is blockaded by Russian forces. During Saturday, an attempt had been made to trace a humanitarian corridor, which in the end could not be carried out.