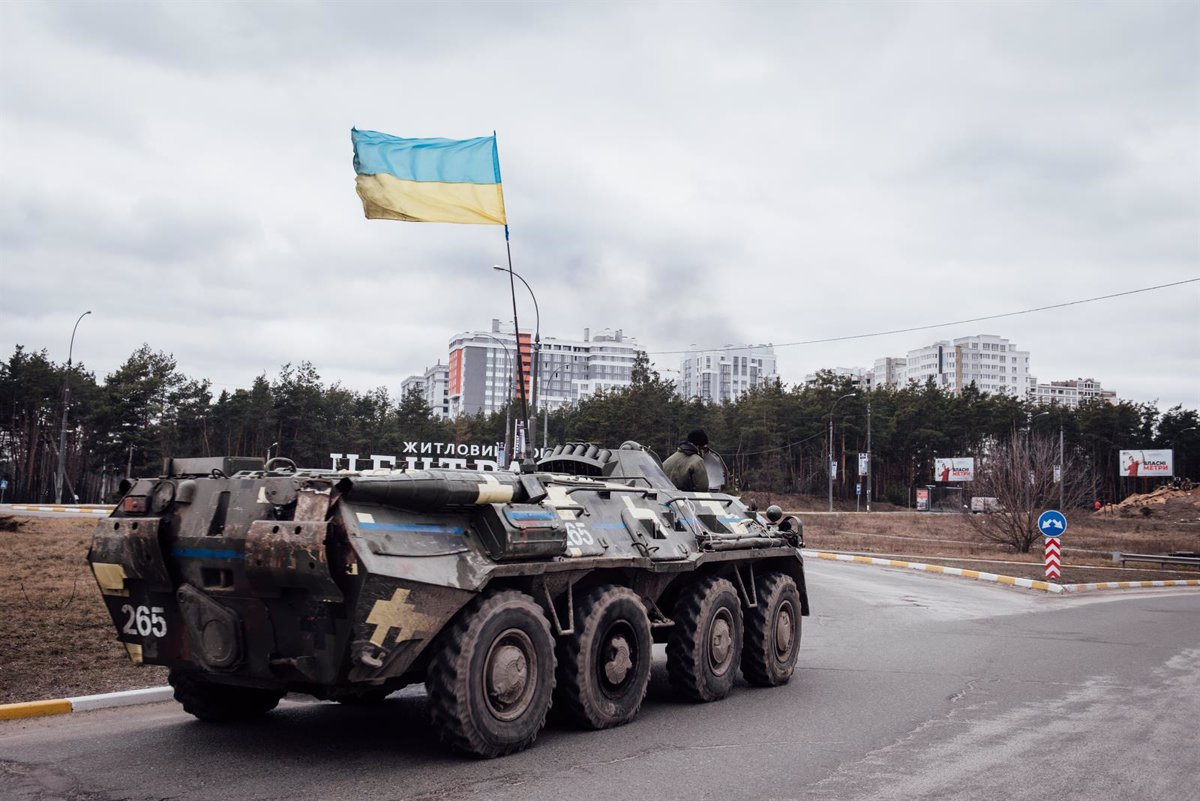 The Ukrainian Army said on Monday that Russia “is beginning to accumulate resources to break into Kiev”, including its efforts to gain control of the towns of Bucha and Irpin, located on the outskirts of the country’s capital.

The General Staff of the Ukrainian Army has indicated in a message on its account on the social network Facebook that “in the area of ​​the city of Irpin, the enemy moves with battle tanks and motorized infantry units”, before adding that the supply lines extend from Belarus.

In this context, the mayor of Irpin, Alexander Markushin, has pointed out on his Facebook account that part of the city has already been taken by Russian forces, although he has emphasized that “another part of Irpin is fighting and is not yield”. Likewise, he has confirmed that there will soon be a new evacuation of civilians.

Likewise, the Ukrainian Army has stated that “the occupiers are trying to achieve a tactical advantage to reach the eastern part of Kiev through Brovarsky and Borispil, as well as control the cities of Chernigov and Sumy”, although it has stressed that “the invaders have not achieved their objective after eleven days of occupation”.

In this way, he stressed that “the enemy has suffered significant losses” in Nova Basan and Skripali, while ensuring that he has regained control of the town of Chuhuiv, with “great losses in personnel and equipment among the occupants.”

For his part, Ukraine’s Defense Minister, Oleksiy Reznikov, has stressed that Russian forces are preparing for a new wave of attacks against Kiev, Kharkov, Chernigov and Nikolaev, before pointing out that “due to the enormous losses suffered by the enemy, the intensity of hostilities has been temporarily reduced.

“The Russian invaders are trying to concentrate forces and means for a new wave of attacks. In the first place, against Kiev, Kharkov, Chernigov and Nikolaev”, he indicated, before emphasizing that the Ukrainian authorities “do everything possible and impossible to create humanitarian corridors” to achieve the evacuation of civilians.

“It is not easy, since the Russian terrorists do not keep their word. There is no mercy even for children, women and the wounded. They attack residential areas. They attack civilians during evacuations. Not even jackals behave like that,” Reznikov denounced in a message on your Facebook account.

Finally, the minister noted that more than 140,000 Ukrainians have returned to the country from Europe and that tens of thousands have joined the security forces, while “more than 20,000” foreign citizens have applied to join the efforts of the Ukrainian Army before the Russian invasion.