Italian Foreign Ministry: No to Russian blackmail in the gas field 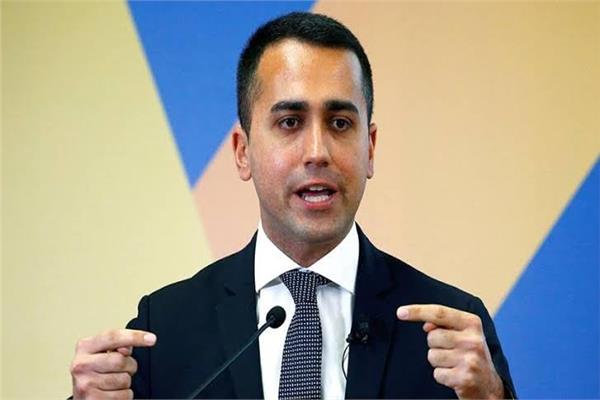 Italian Foreign Minister Luigi Di Maio called for Russian blackmail to be avoided, saying: “The strengthening of relations with Qatar makes us independent of any possible blackmail from Russian gas.”

He explained that Italy is moving to replace gas from Moscow, while diversifying supplies after the Russian invasion of Ukraine has become a priority for all of Europe.

Di Maio, who is accompanied by Eni CEO Claudio Descalzi, added that the Qatari authorities have confirmed the desire to strengthen the energy partnership with Italy, according to the Italian website “Decode 39”.

During a visit to the capital, he met with Emir Tamim bin Hamad Al Thani, where he stressed the friendship and strength of bilateral relations between Italy and Qatar and greater cooperation in the field of energy, according to a statement issued by the ministry.

It is worth noting that Qatar plays a role in the Italian energy map, as Qatar covers 10 percent of Italy’s gas supplies.

Di Maio considered the Russian invasion “extremely dangerous and unjustified”, which calls for reflection on “the implications for the energy sector not only in Italy but throughout the European Union.”

He spoke of the need to “accelerate the process of diversification… a prerequisite for stability and security.” Today, Italy imports Qatari gas on the basis of a long-term contract signed by Edison, which provides for the transportation of 6.5 billion cubic meters per year.

The Italian Minister of Economic Development, Giancarlo Giorgetti, had moved before that, on November 9, to Doha.

Reports said that the possibility of establishing a joint fund to support member states most affected by the energy crisis and accelerating the purchase of common shares will be raised.

Italy is moving on more than one level, starting with Algeria, where Di Maio was on a visit with Descalzi recently, while sources said that Algeria gave the green light to increase gas supplies to Italy in the short and medium term, as the Algerian company Sonatrach confirmed later.