Svetlana Aleksievich: “Putin proposes the great Russia against all” 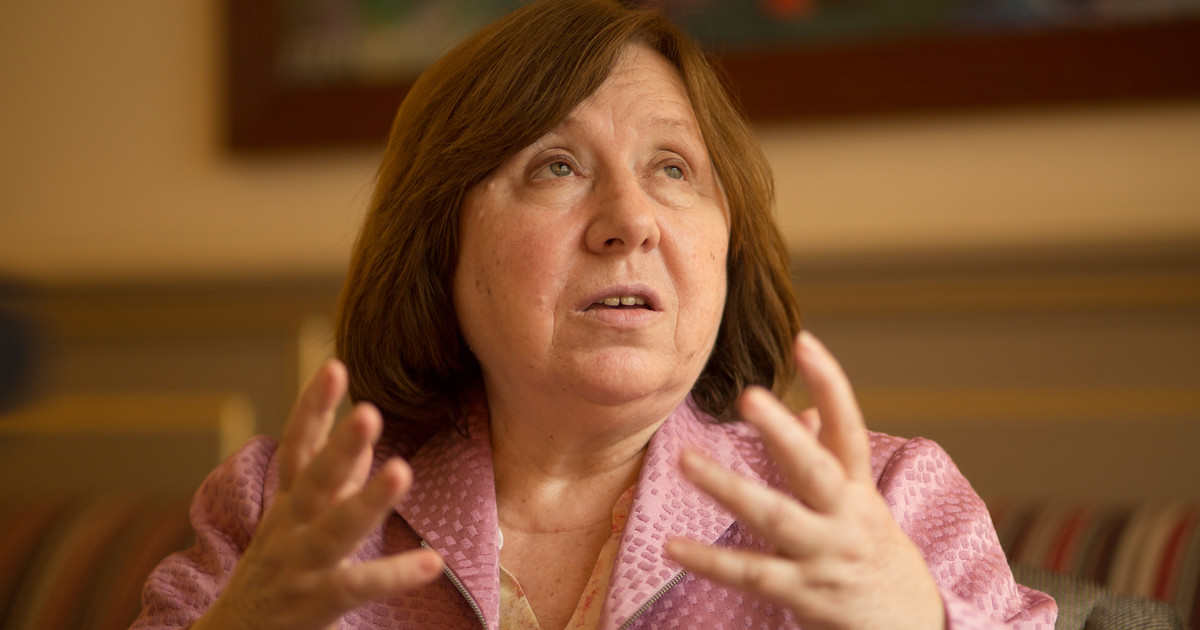 “Today Putin became a figure who proposes the great Russia against all” assured the Nobel Prize for Literature Svetlana Aleksievich to Clarion in an exclusive interview he gave us in Milan in 2017.

Five years later, it is still a valid definition of the voracious behavior of the Russian president who has been bombing Ukraine for eleven days.

In that meeting with ClarionAleksiévich traced the coordinates of a reality which is more relevant today than ever. She did it during almost two hours of talk and while playing between her fingers with a tin soldier from the white army who fought against the Bolsheviks in the Russian Revolution that the photographer had given her to liven up the portraits.

At that time, Aleksiévich was still living in Minsk, the Belarusian capital that did not see her born – the journalist and writer is Ukrainian but grew up in Belarus – and presented her book The end of homo sovieticusa choral x-ray, as his narrative usually is, of the generation that lives on communist ideas and that saw the Union of Soviet Socialist Republics (USSR) dissolve before their eyes.

“We have built a new USSR where there is almost no experience of freedomd – Aleksievich said to Clarion-. What I call ‘the Red Man’ has appeared, made up of generations that idealize the past.”

His undisguised confrontations with the government of the Belarusian president, Aleksandr Lukashenko, forced to leave her two rooms in Minsk. Today she lives in a huge apartment, which is hard to get used to, in Berlin, where the German Academic Exchange Service housed her in the fall of 2020, when she was in danger of being imprisoned.

A few days ago, the German publication The mirror He brought her together with another Nobel laureate in Literature and a friend of hers, the Romanian Herta Müller, to reflect on the horror that is being experienced in Ukraine.

“After the collapse of the Soviet Union, people did not know how to bring democracy to life. We had shouted for her, but we had no idea how to do that thing of being free. We had no political culture. With that emptiness the oligarchs found themselves… and they got rich”, Aleksievich tells Der Spiegel.

“(The West) took a long time to understand that it is necessary for Russia to be democratic because, otherwise, it will be bad for all of us,” he adds. We lost ten years that would have been fundamental for the construction of a democracy.”

Two copies of the Chinese edition of the work “Voices from Chernobyl” by Belarusian Svetlana Aleksiévitch. Photo EFE

Aleksievich assures that “we cannot win without the help of the West and we hope that this time Europe will act with political will”.

Maybe she doesn’t remember it today, but in that talk with Clarionher own rhetorical questions cornered her. “There is a question that torments me and to which I have not yet found an answer,” she told us: Why doesn’t our suffering turn into freedom? Why are all our efforts in vain?