A shocking decision by FIFA towards professional players in Russia 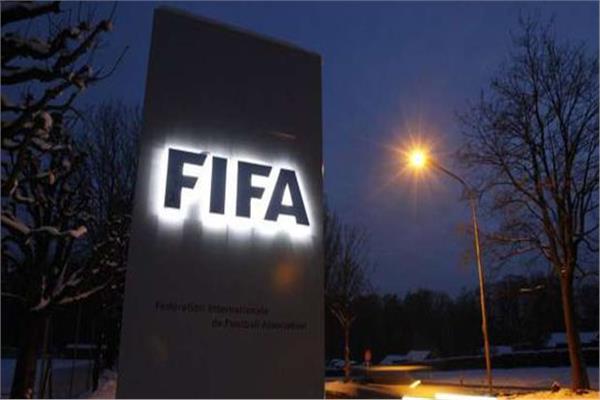 FIFPro has asked FIFA to allow foreign players in Russia to leave their clubs permanently due to the Russian invasion of Ukraine.

FIFPro and the World Leagues Forum submitted a joint statement to FIFA to allow professional players in Russia to terminate their contracts with their clubs, after being told that players could move temporarily to other clubs until June 30, after which they would return to Russia.

The final decision in this regard will be made by the FIFA office, which includes the presidents of the six confederations.

The World Leagues Forum, which represents European leagues, decided to exclude the major leagues in Russia from its membership.

Hundreds of foreign players play in Russia, but they will not be able to leave their clubs or sign new clubs outside the summer and winter transfer periods.

It is noteworthy that Russia has not qualified for the World Cup finals yet, but must pass the European supplement in the second track, which includes the teams of Poland, Sweden and the Czech Republic, all of which refused to face the Russian team.

It is scheduled to play Poland with Russia in Moscow on March 24 in the semi-finals of the European play-off qualifiers for the 2022 World Cup in Qatar, with the winner meeting with Sweden or Czech Republic, who play on the same day.

FIFA again condemned Russia’s invasion of Ukraine, stressing that “violence is never a solution”, expressing its deep solidarity with all people affected by what is happening in Ukraine.

FIFA has taken several decisions, foremost of which is not to play any international competition on Russian soil, as the confrontations are played on neutral ground and without spectators.

FIFA’s decisions are as follows:

2- A member association representing Russia must participate in any competition under the name “Russian Football Federation” and not “Russia”.

3- The flag or anthem of Russia will not be used in matches involving teams from the Russian Football Association.

“First of all FIFA would like to reiterate its condemnation of the use of force by Russia in its invasion of Ukraine, violence is never a solution and FIFA expresses its deep solidarity with all the people affected by what is happening in Ukraine.

FIFA once again calls for the urgent restoration of peace and the start of a constructive dialogue immediately. FIFA remains in close contact with the Ukrainian Football Association and members of the Ukrainian football community who are requesting support to leave the country as long as the current conflict continues.

To address matters relating to football and in coordination with UEFA, the Bureau of the FIFA Council – which includes the FIFA President and the six FIFA Presidents – has unanimously decided to take immediate preliminary measures, in line with the recommendations of the International Olympic Committee (IOC) and will be in effect until further notice:

• A member association representing Russia must participate in any competition under the name “Russian Football Federation (RFU)” and not “Russia”.

• The flag or anthem of Russia will not be used in matches involving teams from the Russian Football Association.

FIFA will continue its ongoing dialogue with the IOC, UEFA and other sports organizations to determine any additional measures or sanctions, including possible exclusion from competitions, which will be applied in the near future if the situation does not improve rapidly. The FIFA Council remains ready to take action. None of these decisions.

Most importantly, FIFA believes strongly in the need to unite the sporting movement in its decisions on this subject and that sport must continue to be a vector of peace and hope.