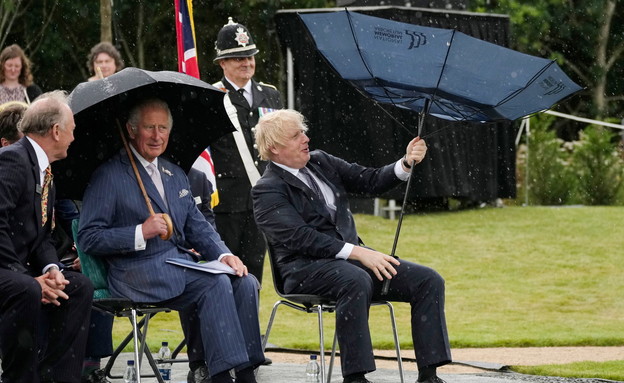 British Prime Minister Boris Johnson provided a particularly comical moment when he found it difficult to open an umbrella because of winds in front of the amused look of Crown Prince Charles. After he finally managed to open the umbrella, Johnson offered it to the interior minister patel items and a few moments later the wind turned the umbrella, which led to another funny moment.

PM Boris Johnson struggles with his umbrella whilst seated next to Prince Charles at a memorial recognising the sacrifice of police officers who have died on duty.

Johnson attended a ceremony in central England in memory of the British police forces who were killed in the line of duty. The comedy video went viral and social media users were quick to provide a slew of responses to their prime minister’s difficulties.