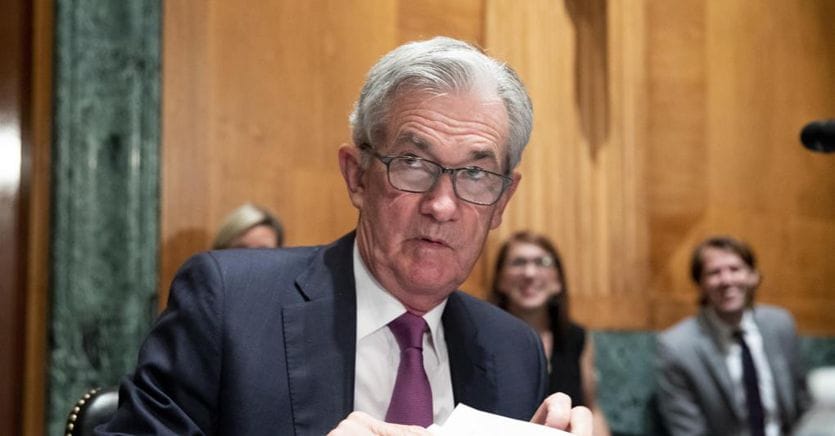 The goals were not met, however. If the “demand for work is very strong”, as Powell explained, “the labor market still has a long way to go.” The unemployment rate hit 5.9%, but the employment rate hasn’t risen from last year’s lows. The Fed therefore does not believe that employment is close to its maximum level. “We would like to see strong numbers, at work,” added Powell, who recalled that the goal of “maximum employment” cannot be reduced to a single figure.

Furthermore, inflation is of no concern, even though it has risen to over 5%. Powell explained that the upside is “tied to a handful of sectors. It is not inflation that spreads throughout the economy ». It is therefore not a generalized increase in prices, against which monetary policy must intervene, but it is a question of increases in “new, used, rental cars, airline tickets, hotels and a couple of other sectors”, each with “its own history”. A variation, even an intense one, in relative prices that affects the index.

In the short term, Powell added, inflation will remain high, while it will fall over the medium term, “but it’s hard to say when.” However, if “inflation rises to levels that are significantly above our targets and in particular if inflation expectations rise, we would use our tools to drive inflation towards 2%”. At the moment, however, according to Powell, it can be said that “we will not have a prolonged period of high inflation.“

Likewise, Powell did not want to give too much significance to the decline in yields, especially real, which could signal a slower economy in the future or a Fed that is too strong, too fast in its squeeze. The president explained that there are technical factors at play, as well as expectations on the performance of the Delta variant that have weighed on prices and market rates. “There is nothing that can really challenge our credibility,” he added: the rise in prices is not widespread – it is not true inflation, therefore – and the labor market still has a long way to go, he repeated.

To avoid pressure on the money market, the Fed has also launched two repo facilities, one for international markets, the other for the domestic market. The aim of these liquidity auctions is to prevent pressure on market rates from making monetary policy and its transmission to the real economy more complicated.