Salvini’s journey to the border between Poland and Ukraine 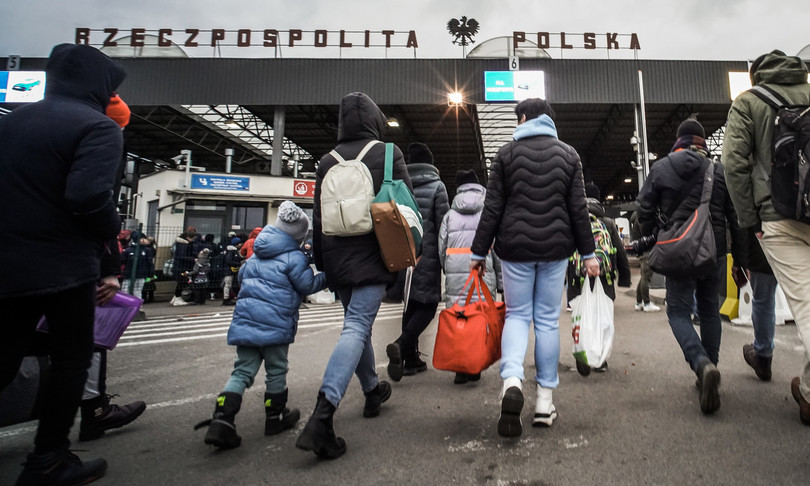 Ora et labora. Matteo Salvini borrows the Benedictine motto, ‘pray and work’, as a symbol of his ‘mission’ in Poland, to try to help Ukrainian refugees. On the first day in Warsaw, the Northern League secretary first meets some Italian entrepreneurs at the embassy in Warsaw. Then the apostolic nuncio Monsignor Salvatore Pennacchio.

Today the transfer to the border with Ukraine. “Many Italian businesses and families are ready to do their part, both by helping the 10 thousand parishes on Polish soil sending donations of all kindsboth by welcoming part of the 100,000 people who flee Ukraine every day to Italy “, says the Northern League secretary.

“We want to be of help in coordinating this aid, and in organizing travel and hospitality in Italy for these familieswith particular attention to orphans and the disabled, and for this we are collaborating with some non-profit organizations. ‘Ora et labora’ is an extraordinarily current principle, “he adds.

According to reports from the Lega, the meeting with the nuncio and the other ecclesiastical authorities, which was also attended by Ambassador Aldo Amati, “was useful for taking stock of the situation after the first days of conflict and setting priorities, confirming the central role of the Church and the great attention of the leader of the League “.

At the moment it is estimated that one million Ukrainian refugees have arrived in Poland, 90% of them women and children, and the flow does not stop: 100,000 entries are estimated every 24 hours. Over time, reception problems will increase, which up to now has managed to be very effective also for the generosity of Polish citizens.

The meeting also discussed humanitarian corridors and the unaccompanied minors drama, is reported. Although the trip had been announced in front of the cameras by Salvini himself last week and the departure had been defined as early as Friday, from via Bellerio he was asked to keep the mission confidential. Among the reasons given are those concerning the safety of a politician, moreover known for the Russian sympathies of recent years.

Even today, from the border, Salvini should keep the low profile, ‘speaking’ only through press releases, avoiding the organization of press points. In addition to the fact that the League fears the criticism and the boomerang effect that the mission could have if it were perceived as a ‘catwalk’. “Salvini is going to Poland and probably to the Ukrainian border. I find it a sad sight, to say the least,” complains on Twitter Elio Vito, a deputy of Forza Italia.

“Thank you for the extraordinary example of welcome you are showing to all of Europe, Italy is also ready. The priority is to stop the war” Salvini wrote in a text message to Polish Prime Minister Mateusz Jakub Morawiecki at the end of the first day in Warsaw. According to what was reported by the League, the two politicians had exchanged several messages even in the last few days.

The League secretary arrived in Poland at lunchtime, accompanied by a small delegation of the League made up of parliamentarians Marco Campomenosi and Luca Toccalini, with the aim of verifying the situation and offering concrete help.

Salvini intends to commit to encourage the arrival and hospitality of children, women and families in Italy fleeing from war. In Poland, the reception system is holding up despite a constant flow of people which is likely to increase: at the moment it is estimated that at least 100,000 entries are made every 24 hours. Warsaw is guaranteeing free transport and maximum assistance also thanks to the extraordinary generosity of the citizens who offer hospitality in their homes. Worrying about the possible escalation of the conflict and the expected lowering of temperatures in the coming days.

At least 100 places to accommodate women and children on the run by the weekend, in addition to those already arrived and that will come from other channels: the many welcome initiatives have been added in the last few hours by availability for at least 20 people in Potenza, 5 in Furci Siculo (Messina), 10 in Biella, 10 in Cinisello Balsamo (Milan), 8 in Casalpusterlengo ( Lodi), 4 in Gallarate (Varese).

In Rogno, in the province of Bergamo, the mayor has given willingness to welcome up to 50 people with the collaboration of neighboring municipalities: they have ensured that they can also take care of 10 unaccompanied minors.

Other directors are about to join (from Vigevano to Sesto San Giovanni), after checking the available spaces. These are the concrete responses of the mayors to Matteo Salvini’s appeal to welcome Ukrainians fleeing the war. In these hours the Northern League secretary, after the meetings with the Apostolic Nuncio, ambassador and entrepreneurs in Warsaw (and after the nocturnal contacts with Prime Minister Mateusz Jakub Morawiecki), is reaching the border between Poland and Ukraine with the volunteers of Ripartiamo Onlus, the association that last week has already transferred 35 people between women and children who were in orphanages to Italy.

Mission objective: bringing to Italy and providing hospitality to dozens of families currently guests of the reception centers in Polish territory. An ad hoc bus is ready to leave in the next few hours. The issue of orphaned children is particularly delicate: as underlined yesterday to Salvini during the meetings in Warsaw, it is necessary to intervene to unblock the bureaucratic procedures and make their transfer to Italy easier. Salvini wrote to the Minister of the Family Elena Bonetti to ask for accelerated and simplified procedures for Italian families who want to ask for custody and adoption of the children who survived the bombs.