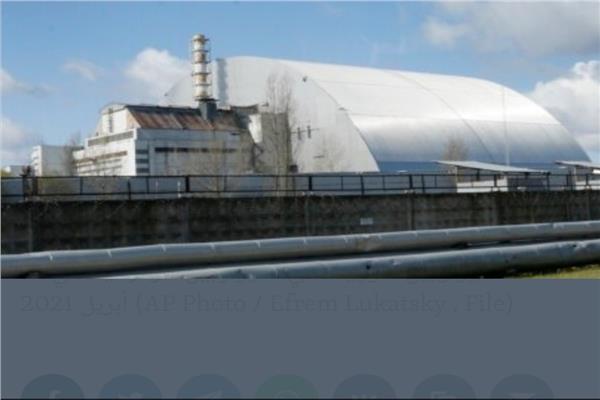 On the same day that Russian forces began the invasion of Ukraine, Russian and Ukrainian forces fought for control of the Chernobyl nuclear center.

Ukrainian officials said Russian forces had won the battle and had taken control.

Chernobyl is the site of the most dangerous nuclear accident in the world, in 1986, a reactor at the nuclear power center exploded and caught fire, and the disaster released large amounts of radiation that caused widespread damage to people and other living things in the surrounding area.

The site is surrounded by a restricted area of ​​2,600 square kilometers of forest surrounding the former power center or factory.

Ukrainian President Volodymyr Zelensky said his country’s forces fought to defend Chernobyl “so that the tragedy of 1986 would not be repeated”, and the country’s Environmental Protection Ministry warned of a new “disaster” if those controlling the station did not effectively protect the area.

The plant areas still contain large amounts of nuclear material in the form of spent fuel and other radioactive waste, and Ukrainian officials said last week that radiation levels increased in areas around the plant after the fighting.

The IAEA said, in a statement, that the elevated radiation levels may have been caused by soil movement around it by heavy military vehicles that entered the area, but added that the levels measured “remain within the operational range” and pose no danger to the public.

The International Atomic Energy Agency indicated that it had reported on March 2 that Ukrainian personnel had remained at the site since the Russian forces took control. It is the day of the Russian invasion.

For his part, the Director-General of the International Atomic Energy Agency, Rafael Mariano Harousi, said that it was extremely important that the staff working at the plant “are able to do their work safely and effectively,” calling for the personal well-being of workers to be guaranteed by those who took control.

Russia has not publicly commented on the operations at the Chernobyl plant since its forces took control, and many military experts said that Russia likely captured the station because it is on the shortest route from Belarus to Kyiv, given that Belarus is an ally of Russia and was a starting point for Russian ground forces.

“It was the fastest route from A to B,” James Acton, who works at the Carnegie Endowment’s Center for International Peace Policy in Washington, D.C., told Reuters.

“I can’t imagine how it would be in Russia’s interest to allow any facilities at Chernobyl to be destroyed,” Edwin Lyman, director of nuclear energy safety at the US-based Union of Concerned Scientists, told The Associated Press.

Lyman expressed great concern about the spent nuclear fuel stored there, and said that if power to refrigeration equipment was cut off, or fuel storage tanks were damaged, the consequences could be catastrophic.

German Vice Chancellor and Economy Minister Robert Habeck told the AP that Russia would not need to take nuclear material from Chernobyl because it already had significant supplies of its own.

Carmel Mothersill is Canada Research Professor and Chair in Environmental Radiobiology at McMaster University in Hamilton, Ontario. In an article for The Conversation, she expresses her concerns about how the war in Ukraine will affect future research on activity and wildlife in the areas around Chernobyl.

Some studies have found that many forms of wildlife have thrived in a human-free environment around the plant, and these include bears, bison, wolves, lynxes, wild horses and many species of birds, but other studies suggest that the effects of radiation have caused problems across species. Various other animals.

Mothersill and other scientists would like to continue studying the wildlife populations in the areas around Chernobyl, but for this to happen, there must be ongoing collaboration from those who control the reactor to support the searches.